The History of Pendennis

William Makepeace Thackeray was not only a major Victorian writer who created works such as Vanity Fair, but he was also an accomplished artist. Indeed, after the suicide of Robert Seymour, Dickens’s first illustrator, Thackeray applied to illustrate Pickwick Papers. He was unsuccessful in this. Initially good friends, Dickens and he had a falling out: the so-called Garrick Club Affair of 1858, which was started by one Edmund Yates. Fortunately, there was reconciliation before Thackeray’s death in December 1863. On display are Dickens’s eulogy of Thackeray in The Cornhill Magazine, and the first serial instalment of Thackeray’s London novel The History of Pendennis.

[Cover of number 1, the November issue, 1848 of William Makepeace Thackeray's The History of Pendennis.] 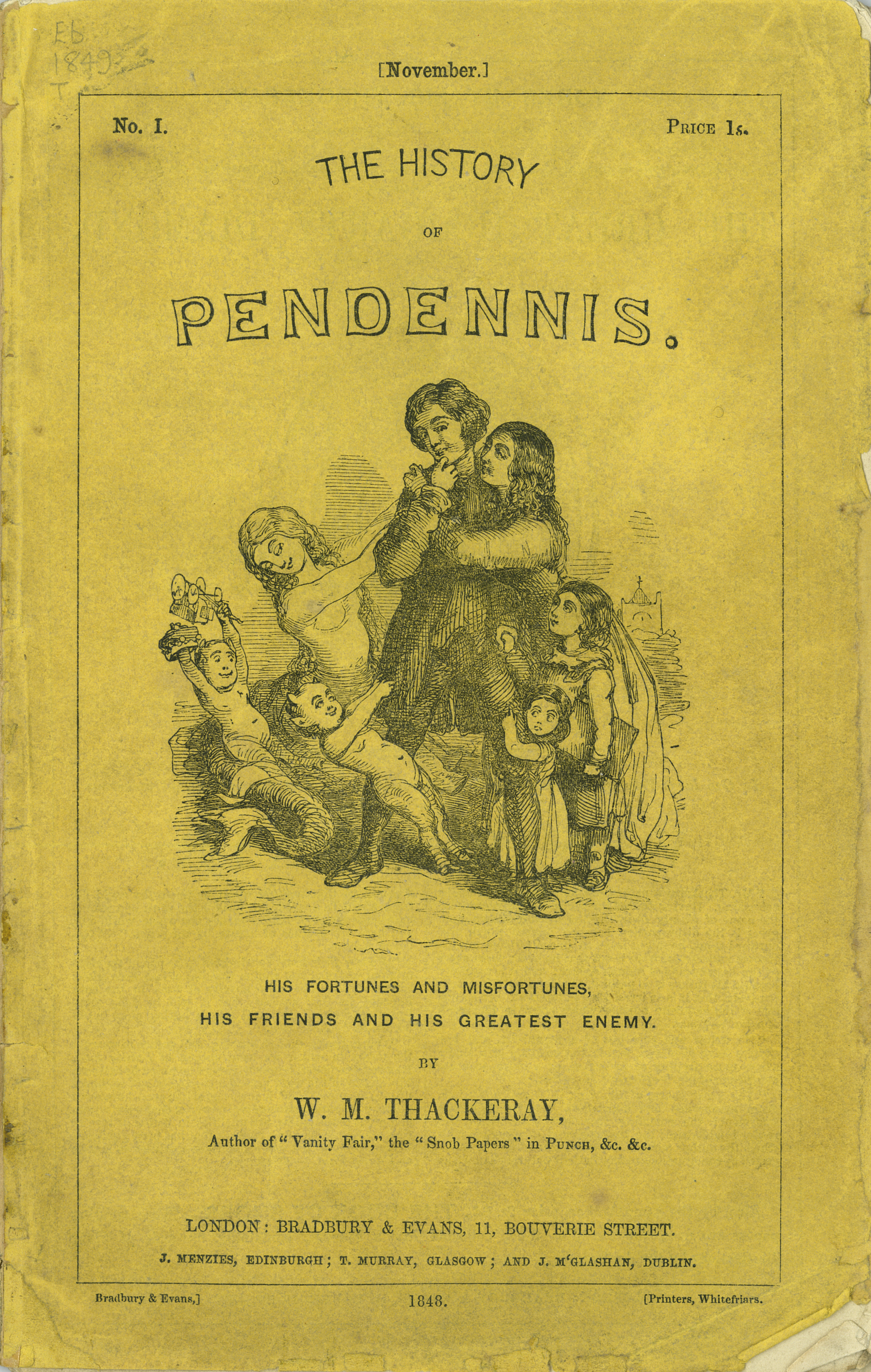