The Lazy Tour of Two Idle Apprentices; No Thoroughfare; The Perils of Certain English Prisoners.

Dickens first met Wilkie Collins (1824-1889), author of Woman in White, in 1851. They became fast friends, collaborating in many projects. Indeed, so close was their relationship, that it has been claimed that Collins was the ‘Dickensian Ampersand’ (Philip V. Allingham, Victorian Web). The Lazy Tour of Two Idle Apprentices was one such project, where Collins assumed the identity of Thomas Idle (a born-and-bred idler) and Dickens that of Francis Goodchild (laboriously idle). Originally published in Household Words (October-November 1857), it finally appeared in book form in 1890.

[Illustration, The Ghost's Narrative, by Arthur Layard, opposite page 72 in Charles Dickens's and Wilkie Collins's The Lazy Tour of Two Idle Apprentices; No Thoroughfare; The Perils of Certain English Prisoners.] 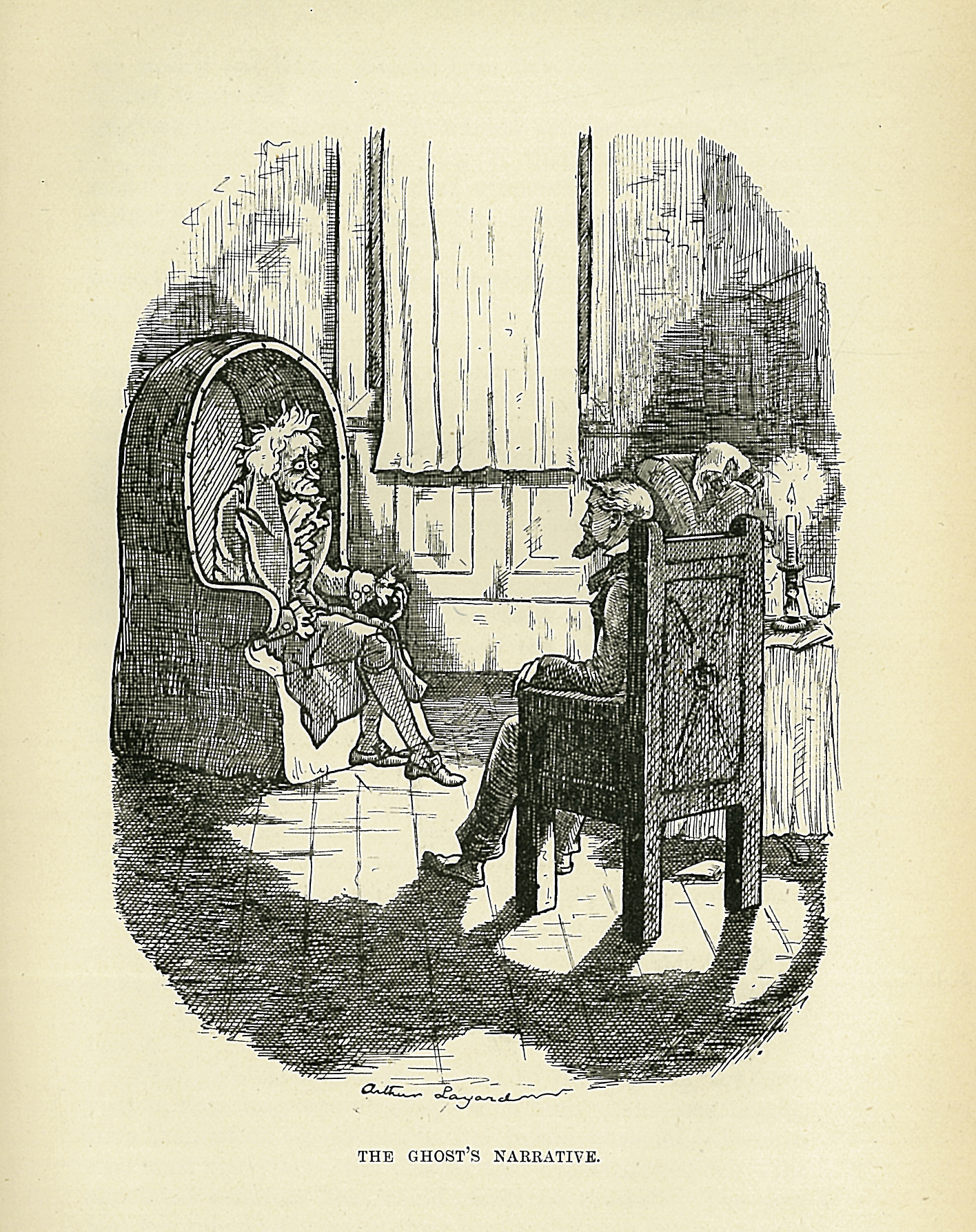