Venue: Manchester Free Trade Hall; dates: 21, 22, and 24 August 1857; protagonists - Nelly (18); Charles (45). ‘Nelly’ was the actress Ellen Lawless Ternan (1839–1914), who became Dickens’s love interest after he saw her perform on stage in the Wilkie Collins play The Frozen Deep. Conscious of public opinion, their relationship was known to only a few friends. Dickens discretely supported Ternan, and she occasionally accompanied him on his travels. In 1876, after Dickens’s death, she married George Wharton Robinson, a clergyman twelve years her junior. On display is a photograph copy of Ternan, c.1875, as well as a reprint of Dickens’s Will where he leaves her ‘£1000 free of legacy duty’. 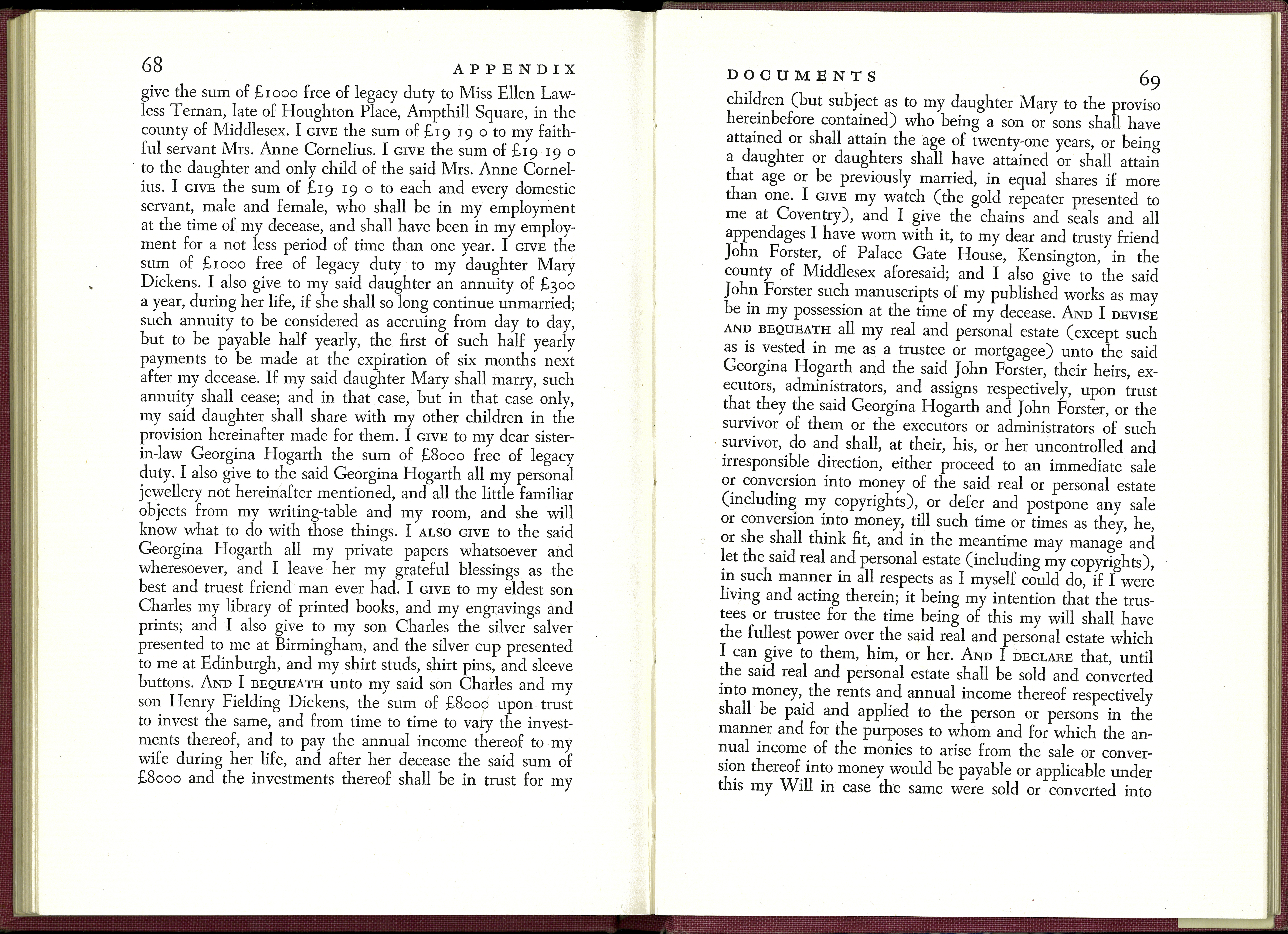