James Frank Edgar Mansfield (1907-1996), known as Edgar, came to bookbinding late in his artistic career. Born in London, he moved, aged four, to Napier where he completed his secondary education in 1923. Mansfield attended Teacher’s Training College and Art School in Dunedin and from 1929-1933 he taught Art and Craft at Feilding High School. In 1934 he returned to London where he studied bookbinding to supplement his artistic skills in sculpting, pottery and drawing. In 1948, he began teaching design at the London School of Printing, a post he held until his retirement in 1964. Despite his many years in the UK, Mansfield thought of himself as a ‘New Zealander, through and through’ and considered bookbinding to be an art form which, as a medium, was as important as sculpture or painting.

From Pigskin to Paper: The Art and Craft of Bookbinding. Online exhibition 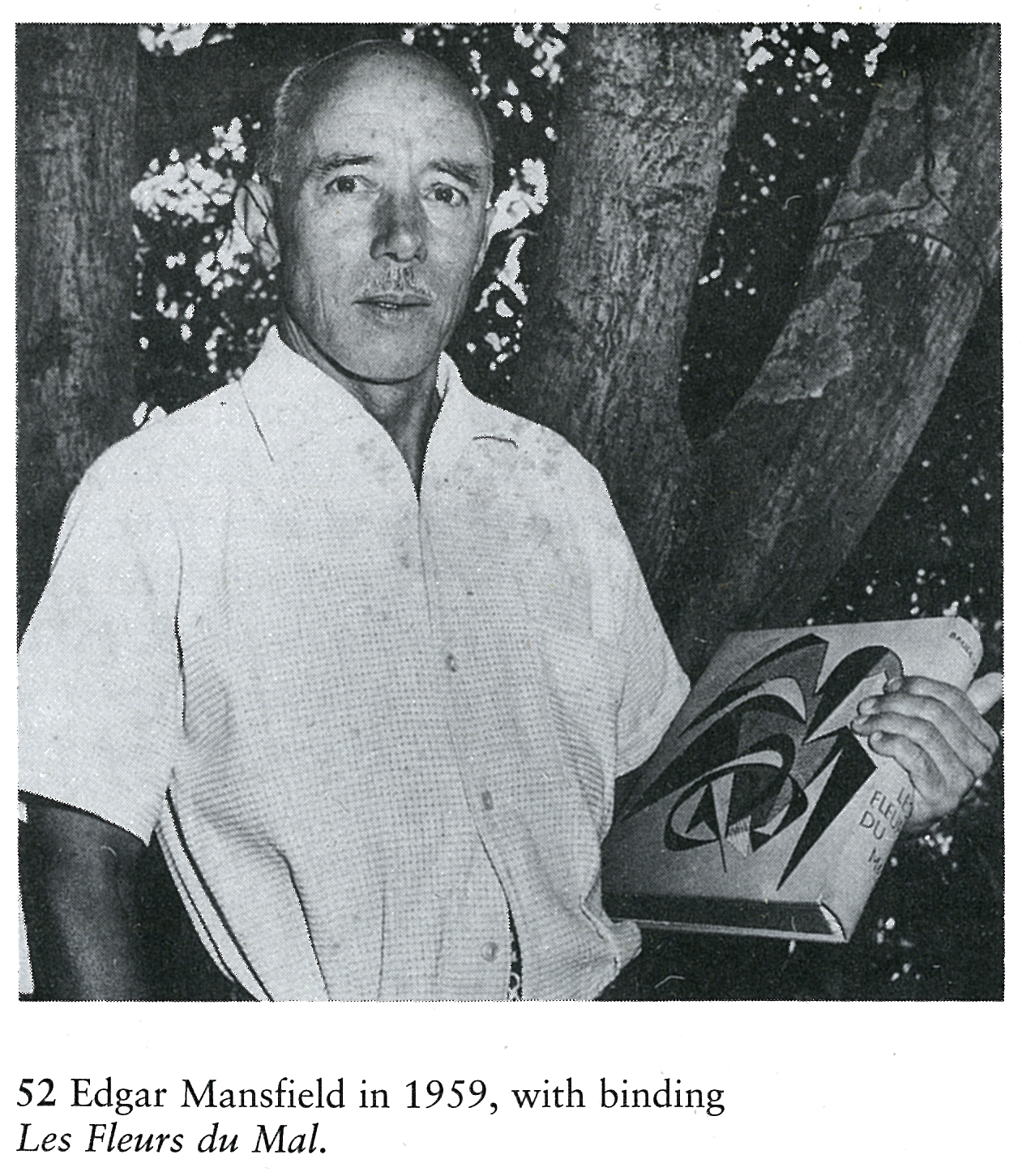