The Life and Adventures of Martin Chuzzlewit

In the preface to the Cheap Edition of Martin Chuzzlewit, Dickens wrote: ‘My main object in the story was, to exhibit in a variety of aspects the commonest of all vices; to show how Selfishness propagates itself.’ In fact, unlike his approach to his previous works, Dickens had an overall design and unifying theme for Martin Chuzzlewit. Published in monthly parts between January 1843 and July 1844, and edited by ‘Boz’ (used for the last time), the work was then produced in book form (as displayed). The character of Pecksniff, that epitome of hypocrisy, is delineated here by ‘Phiz’.

[Mr Pecksniff on his Mission. Illustration by Phiz facing page 235 in Charles Dickens's The Life and Adventures of Martin Chuzzlewit, 1st book edition.] 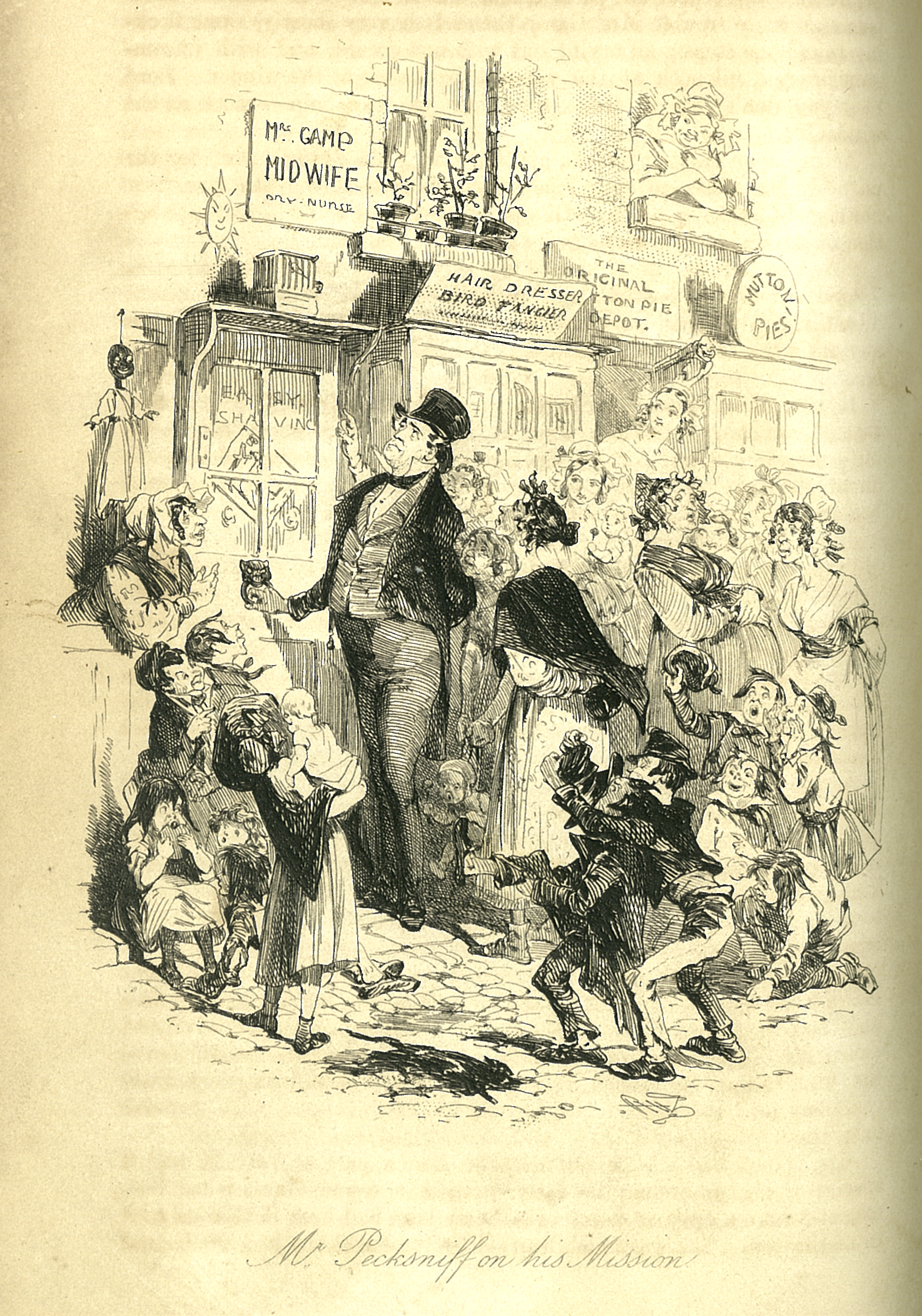