The Personal History of David Copperfield

By his eighth novel, David Copperfield, Dickens was ready for a little more self-revelation, albeit with some difficulty in ‘dismissing some portion of himself into the shadowy world.’ David Copperfield (1850), his so-called ‘favourite child’, is the most autobiographical of his works, and is considered by scholars to be the dividing line between his early and later novels. Mirrored in the book are his Blacking Factory experiences; his early love interest with Maria Beadnell; and his early writing career. And of course there are the characters: Heep, Steerforth, Betsy Trotwood, Mr Dick, and Micawber, who is despatched to Australia. Two of Dickens’s sons lived in Australia and he contemplated a reading tour ‘down-under’. Unfortunately, this did not happen.

[I fall into captivity. Illustration by Phiz opposite page 274 in Charles Dickens's The Personal History of David Copperfield, 1st book edition, 1st issue.] 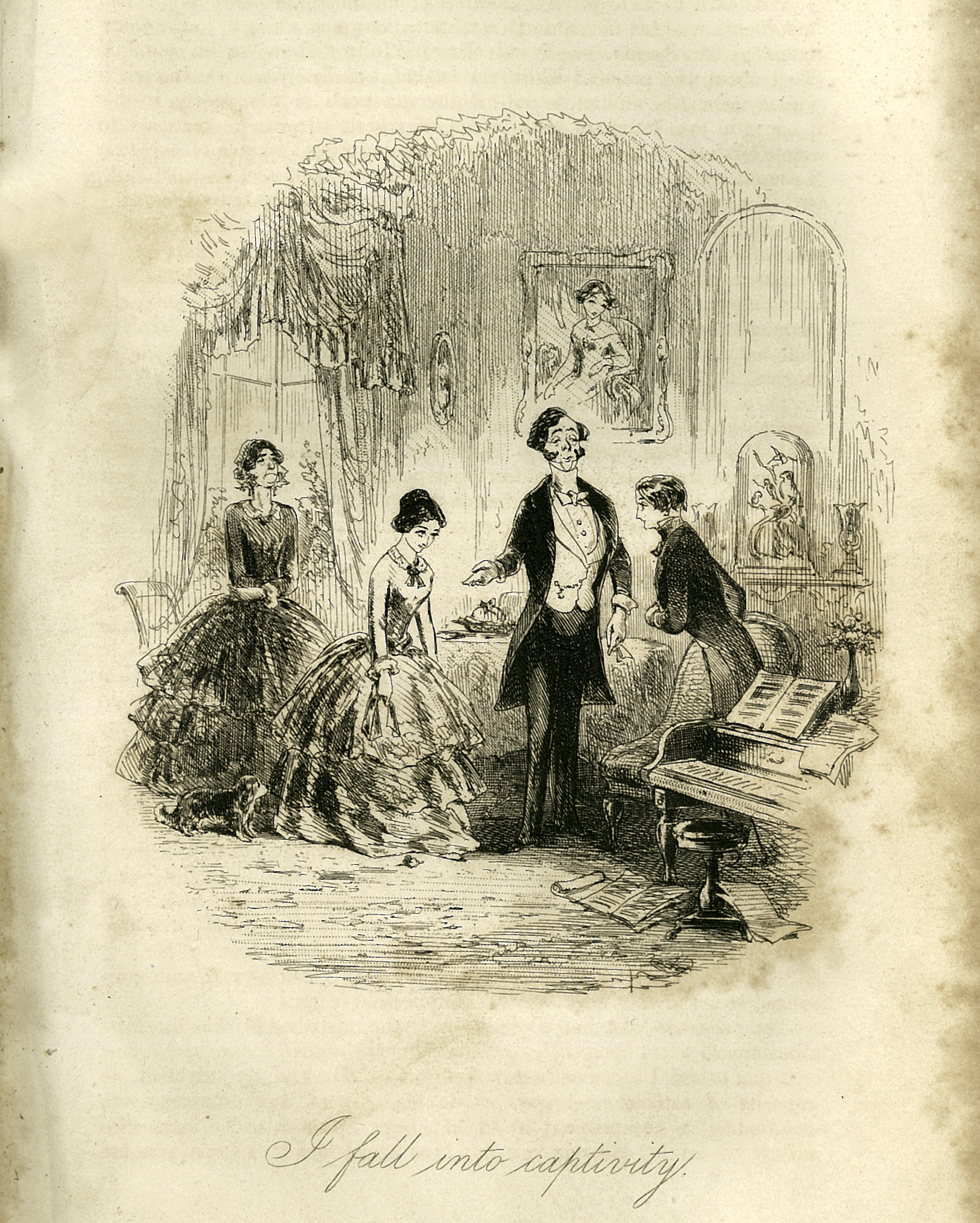