Angela Burdett Coutts (1814-1906), a philanthropic millionairess, became friends with Dickens about 1840. He undertook research for Coutts and began advising her on various charities in which she was interested. In the letter displayed, Dickens recounts his visit to a Ragged School in Saffron Hill, a notorious slum area of London and home to the fictional Fagin. Ragged Schools were set up in an attempt to bring education to the street children of London while also providing them with some food and clothing. Dickens praised the efforts of the teachers but was shocked by the parlous state of the children and advised Coutts that the school was ‘an experiment most worthy of [her] charitable hand’. Dickens and Coutts went on to other charity projects and set up Urania Cottage, a ‘Home for Fallen Women’, in May 1847. 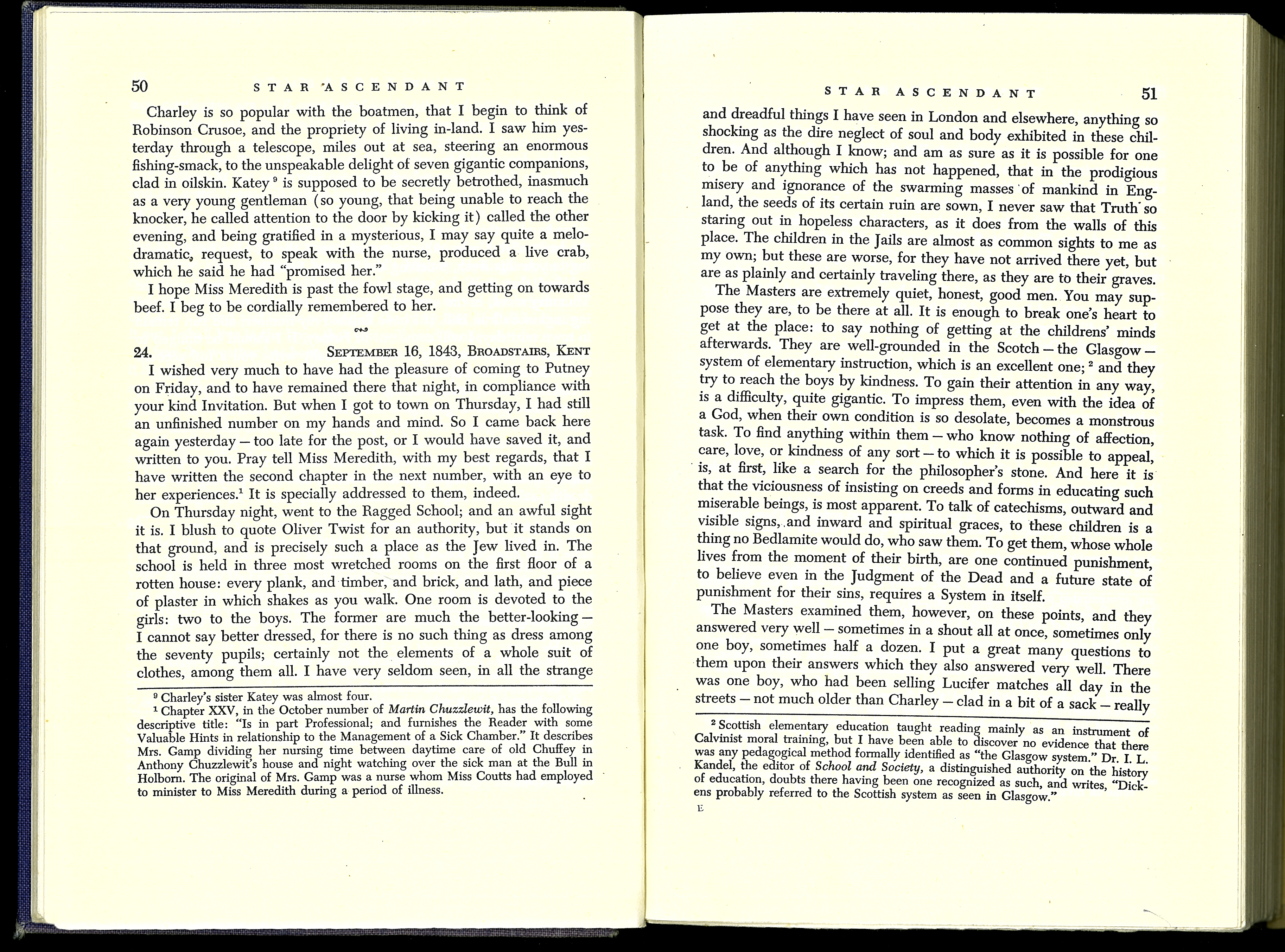