The Malaspina Expedition, 1789-1794: The Journal of the Voyage by Alejandro Malaspina. Vol. II

In 1788, Alejandro Malaspina, an Italian-born officer in the Spanish navy, suggested to the Ministry of Marine a voyage of discovery to rival those of Cook and La Pérouse. With naturalists, scientists and artists, he left Cadiz in July 1789 with two purpose-built corvettes, Descubierta and Atrevida. It was a five-year expedition, exploring and mapping much of the West coast of the Americas, the Gulf of Alaska, and then across the Pacific to Guam and the Philippines, and then New Zealand, Australia and Tonga. Malaspina spent several months in Manila, carrying out astronomical observations and hydrographic surveying. On display is the annotated Hakluyt Society English edition of 2001-2004. 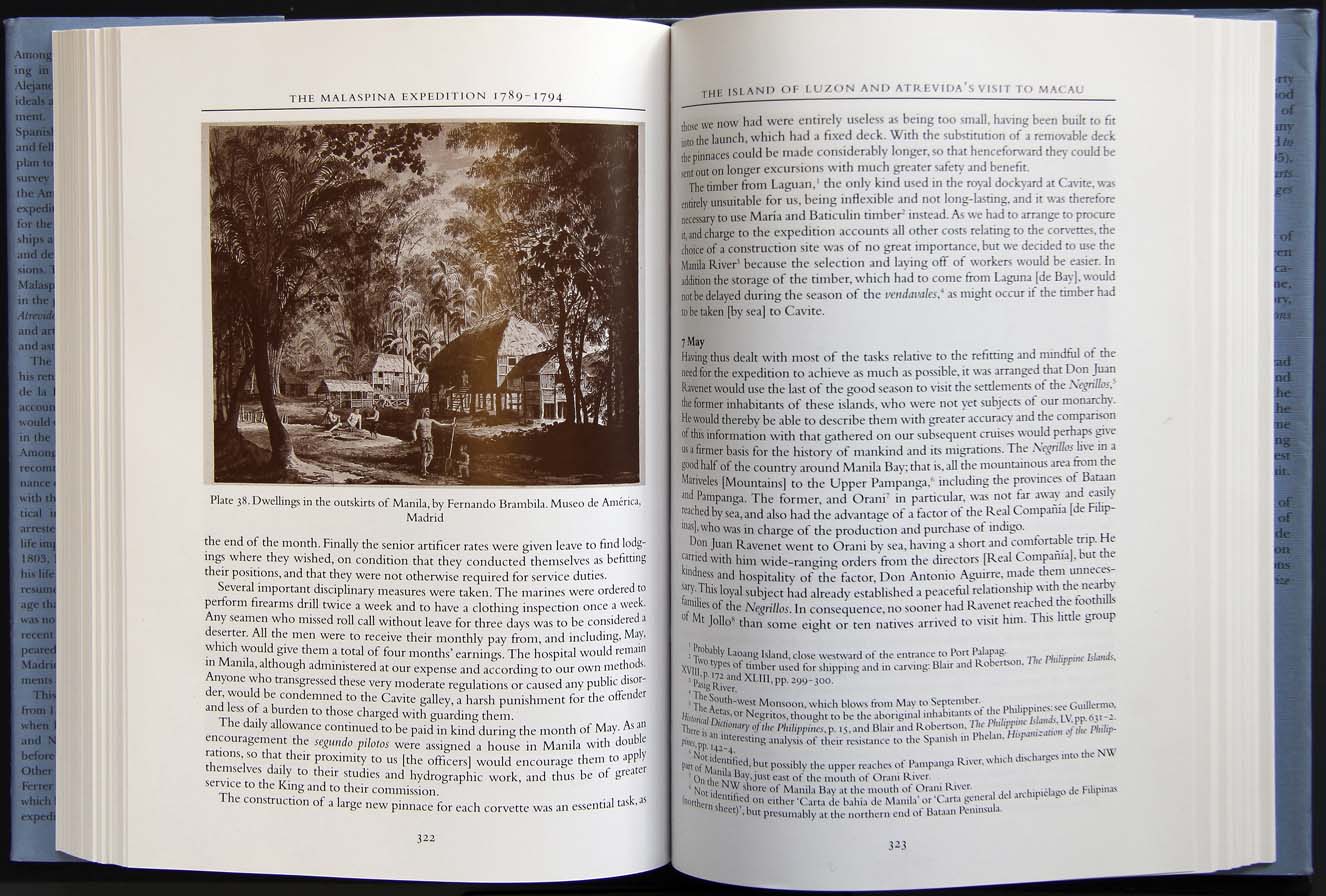