The Malaspina Expedition, 1789-1794: The Journal of the Voyage by Alejandro Malaspina. Vol. I

‘Malaspina’s Expedition’ (as it was called) entered the Pacific on 13 November and stopped at Talcahuano, the port of Concepción in present-day Chile, and again at Valparaíso, the port of Santiago. These were convenient havens for the re-stocking of water and food. Not only did he make accurate records of the West coast of North America, but he confirmed the location of the Juan Fernández Islands, and surveyed Nootka Sound (Canada) even better than Cook. While in the North Pacific, Malaspina experimented with conifer needles to make beer. The endpapers track the proposed and actual expedition. 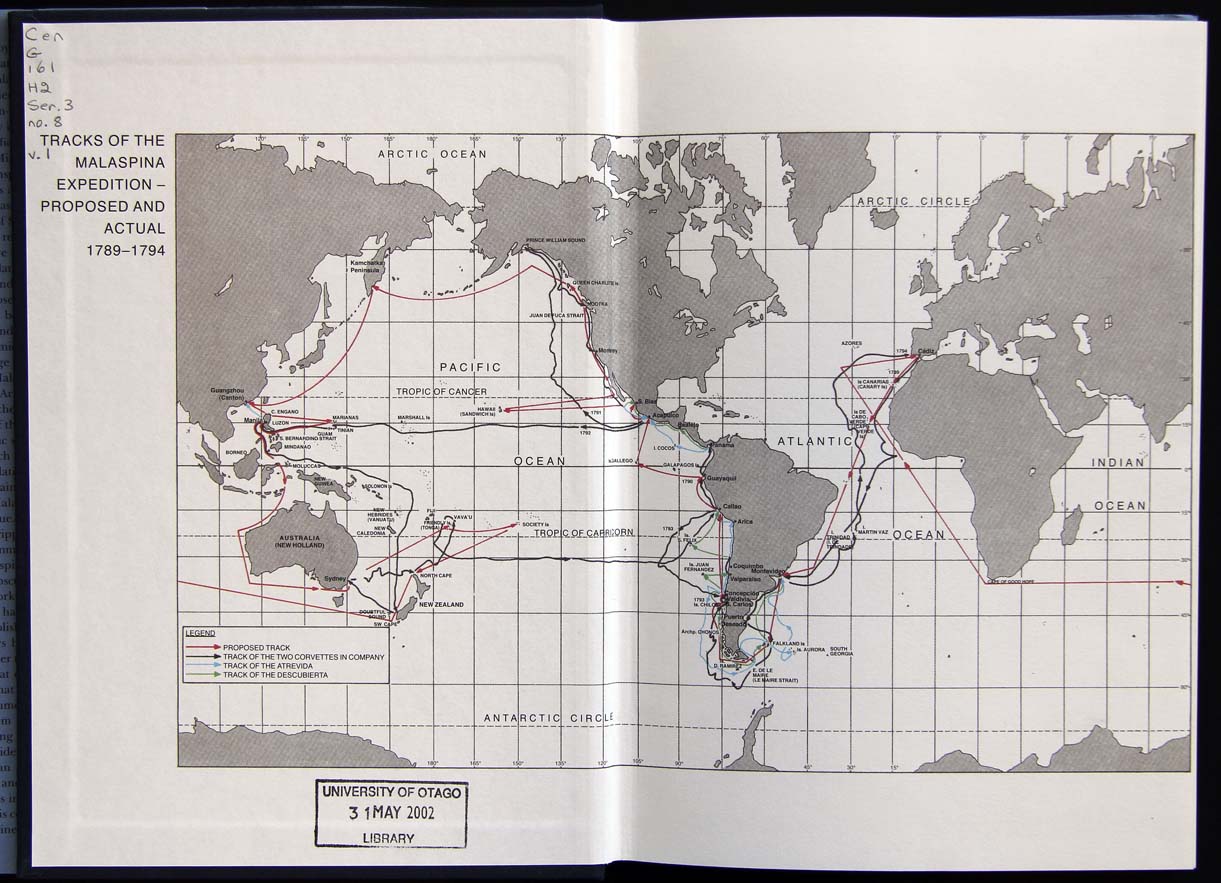