As Long As Rain

Nick Ascroft recalls his tenure as Burns Fellow: ‘My six-month tenure…the best job I ever had, but also the hardest. I swanned in, and Alison Wong showed me around the office she was vacating. There was a ceremonial passing of a mug. I was there to write poems. John Dolan had helped advocate my application to the panel, the story going that he ranted my WINZ poem, “Means Testicles”, to win them around.
What I ended up working on was my novel. The back of my first poetry collection (2000) had mentioned “he is working on a novel”. These words have haunted the interceding years. Three years later, I was redrafting the first tentative chapter on the Burns office iMac. I also had the Scrabble Maven app, and that’s what 2003 represented more, my deep dive into the world of NZ competitive Scrabble. I am still in the top 20 of NZ players.’
Ascroft finished the novel. As Long as Rain, science fiction set in Southland, was published this year. 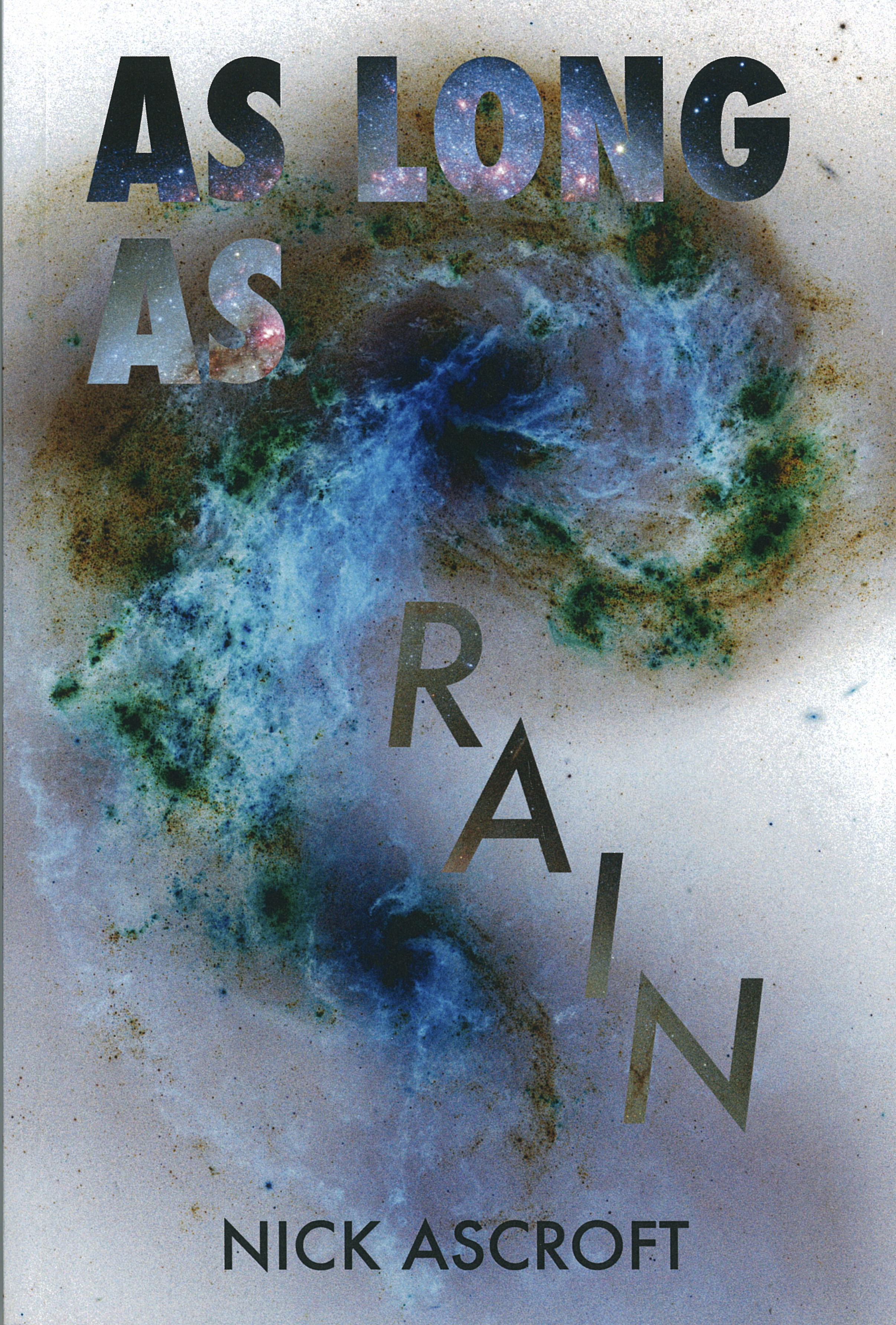