Cutting attached to a videorecording of 'Dead Certs'

Among other things, Rawiri Paratene wrote a draft of his drama, Erua; worked on the teleplay, Dead Certs; performed his poems in venues around Dunedin; and completed a series of lectures called ‘Constantly in Pursuit of Joy’. He enjoyed having an office where he would work at all hours of the day and night – he even named it – ‘Zong’.
Paratene describes his time as Burns Fellow: ‘I confess that, at the time of writing, my application was probably the best thing I’d written at that stage. It was certainly imaginative, claiming I had completed a radio play tackling the dilemma of conservation, called “Save Us a Place to Live” – I hadn’t. So when I got a response that I was on the short list and that they were interested in the radio script…I quickly (overnight) drafted the play…[it] wasn’t bad. I completed the script in my tenure…The Fellowship was a fruitful and important part of my development as a dramatist.’ 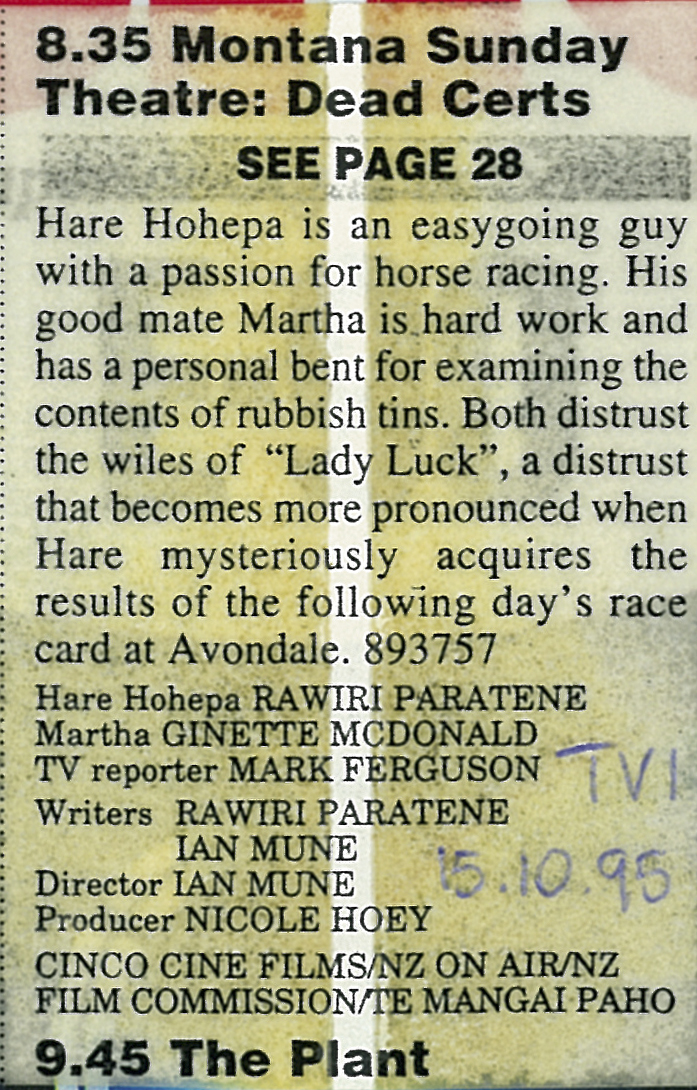