Although he was born in Christchurch, Peter Olds has been living in Dunedin since the mid-1960s. He met James K. Baxter in the city, and the older poet influenced him and his work, as did other former Burns Fellows, such as Hone Tuwhare and Janet Frame. Olds was first published in 1972, when Lady Moss Revived came out of Caveman Press; Lawrence Jones, in Nurse to the Imagination, describes him as ‘an anti-elitist poet of the youth culture’. Olds’s tenure as Burns Fellow in 1978 was a one-term stint, and some of the poems included in Beethoven’s Guitar were written during his time at Otago. Olds has been described in recent years as a ‘living legend’; he continues to live and work in the city. 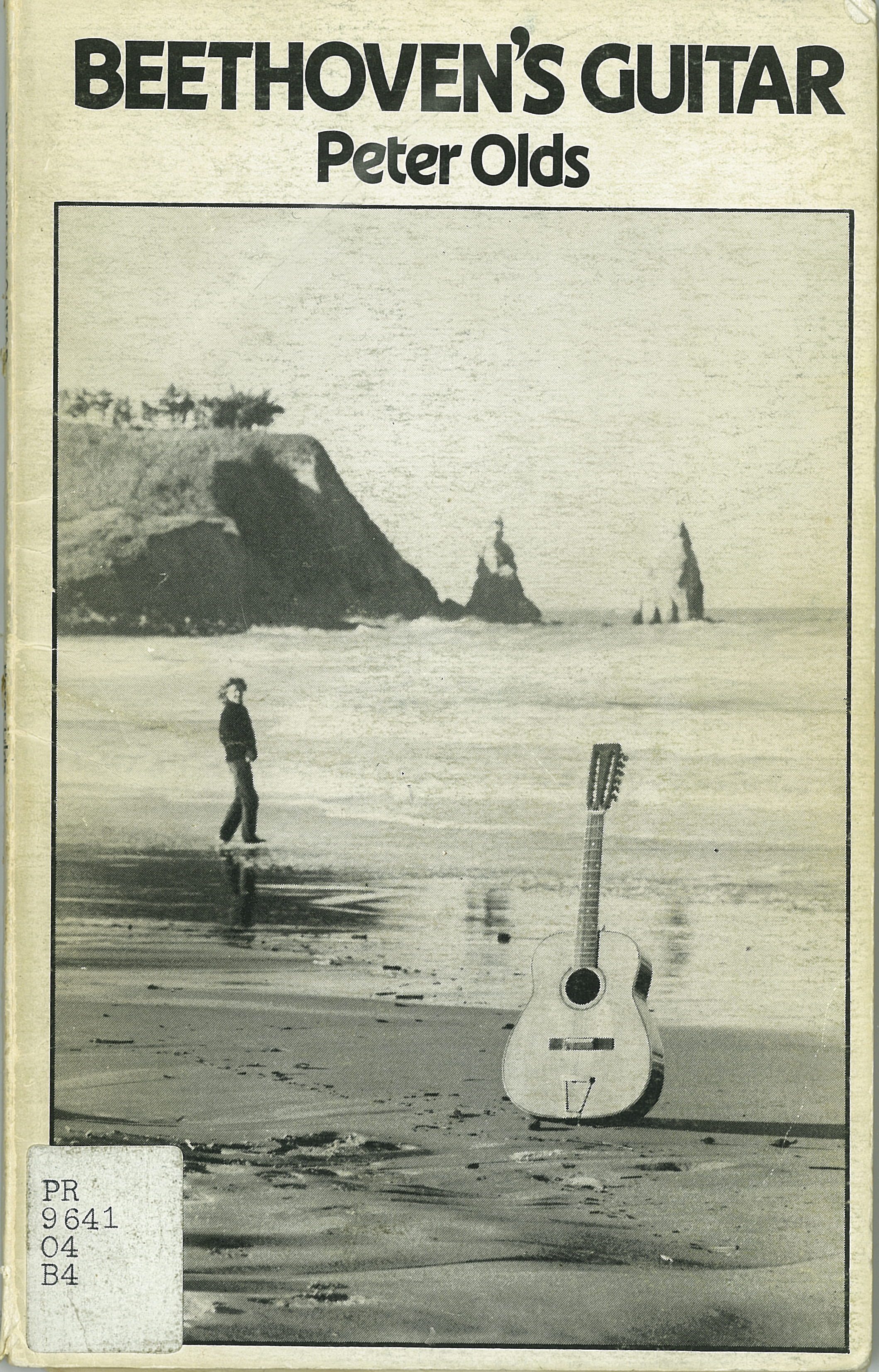