Summer in the Gravel Pit

After gaining the Robert Burns Fellowship, Maurice Duggan flew into Dunedin on 25th January, 1960; appropriately, the 201st anniversary of Robert Burns’s birthday. He described it as his ‘best writing year’, and during his tenure, he wrote or produced drafts of some of his most famous short stories. They included ‘Blues for Miss Laverty’, ‘Along Rideout Road that Summer’, and ‘The Wits of Willie Graves’ – all of which were published in this volume, Summer in the Gravel Pit, in 1965. While he was not prolific, there were thirty stories in thirty years, his style of writing made a distinct impact on traditional New Zealand literature. 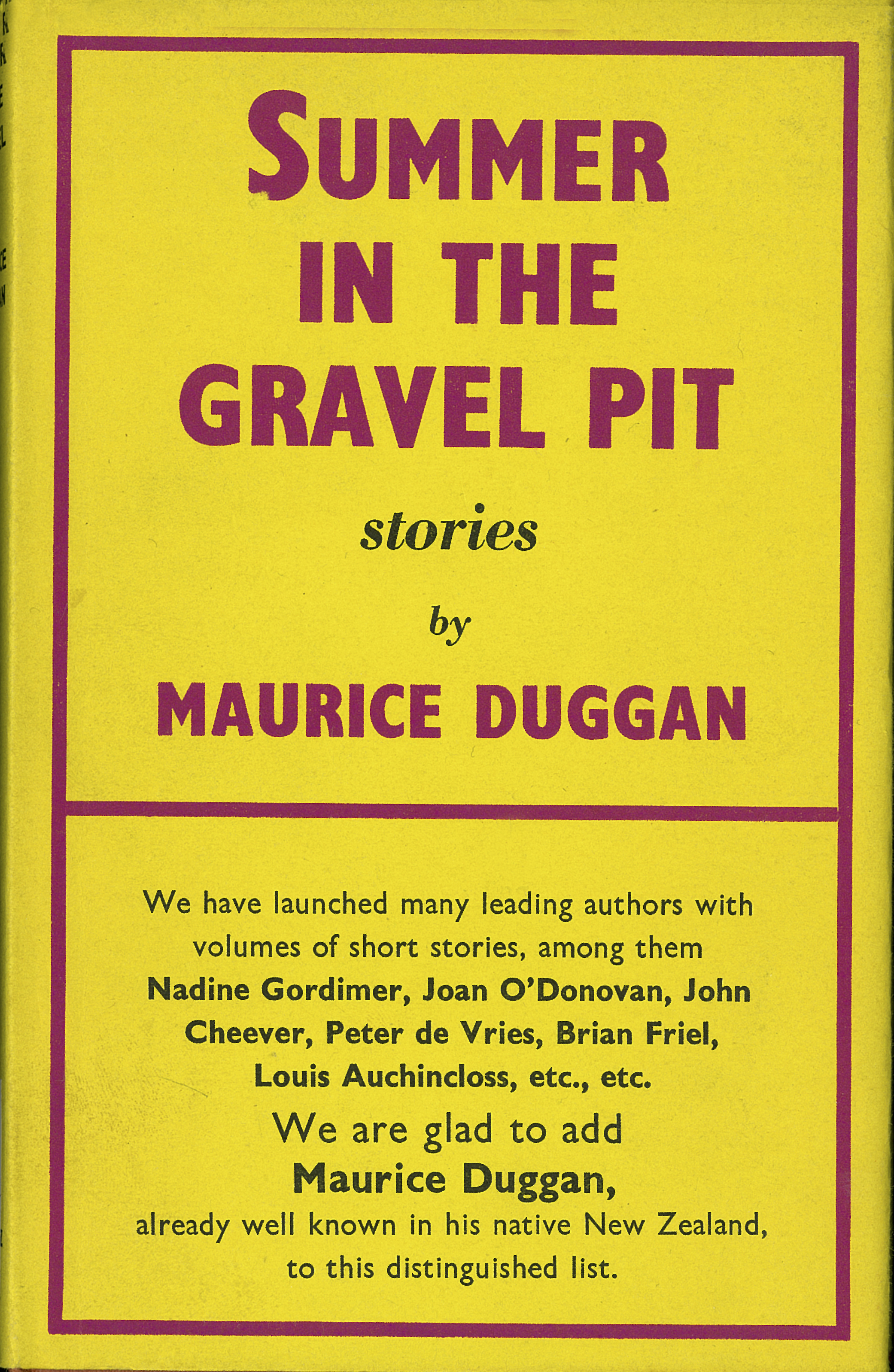