Household Words (1850-1859) was ‘conducted’ and founded by Charles Dickens in collaboration with his publishers, Bradbury & Evans. The publication featured articles dealing with social reform, emigration, and the British Empire, alongside novels in serial form. Works by Wilkie Collins, Elizabeth Gaskell, Charles Reade, and Dickens’s own Hard Times appeared over the years. Sales sat at around 40,000 copies per week (it was priced at tuppence per issue), although readership could triple for special holiday editions, and this figure does not account for the many working readers who would band together to buy a shared copy. All articles were published anonymously, yet the identities of featured novelists tended to be an open secret. 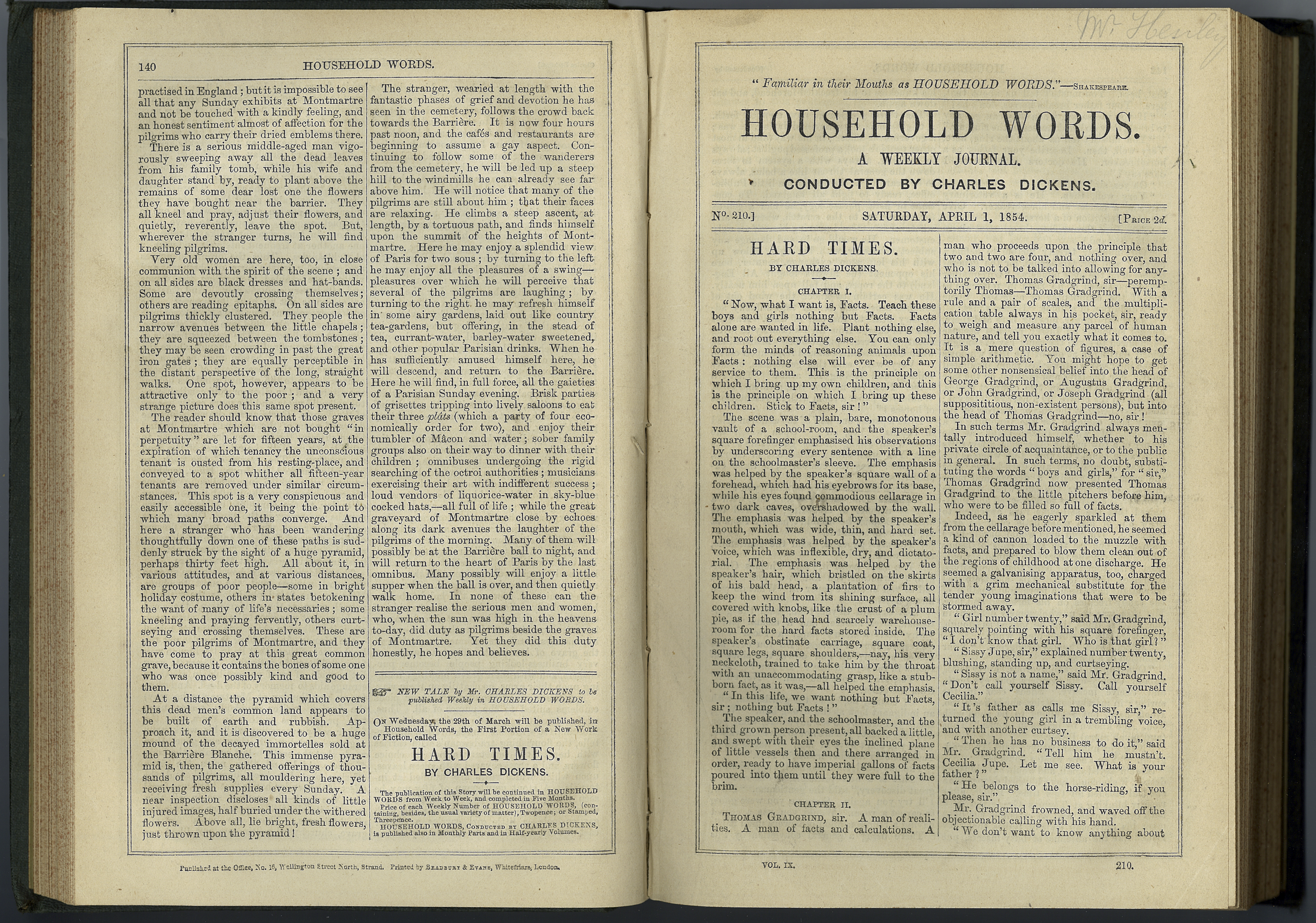