All The Year Round. A Weekly Journal

All the Year Round (1859-1895) was founded by Dickens in response to a quarrel with his publishers, Bradbury & Evans. The new journal was strikingly similar to its predecessor, Household Words. Each issue began with an instalment of a novel, with Dickens effectively self-publishing both A Tale of Two Cities and Great Expectations, since he was both owner and editor of the publication. Authors of serials were now identified by name. Sales were typically around 100,000 copies per week, and contributors included Edward Bulwer Lytton, Frances Trollope, and Edmund Yates. 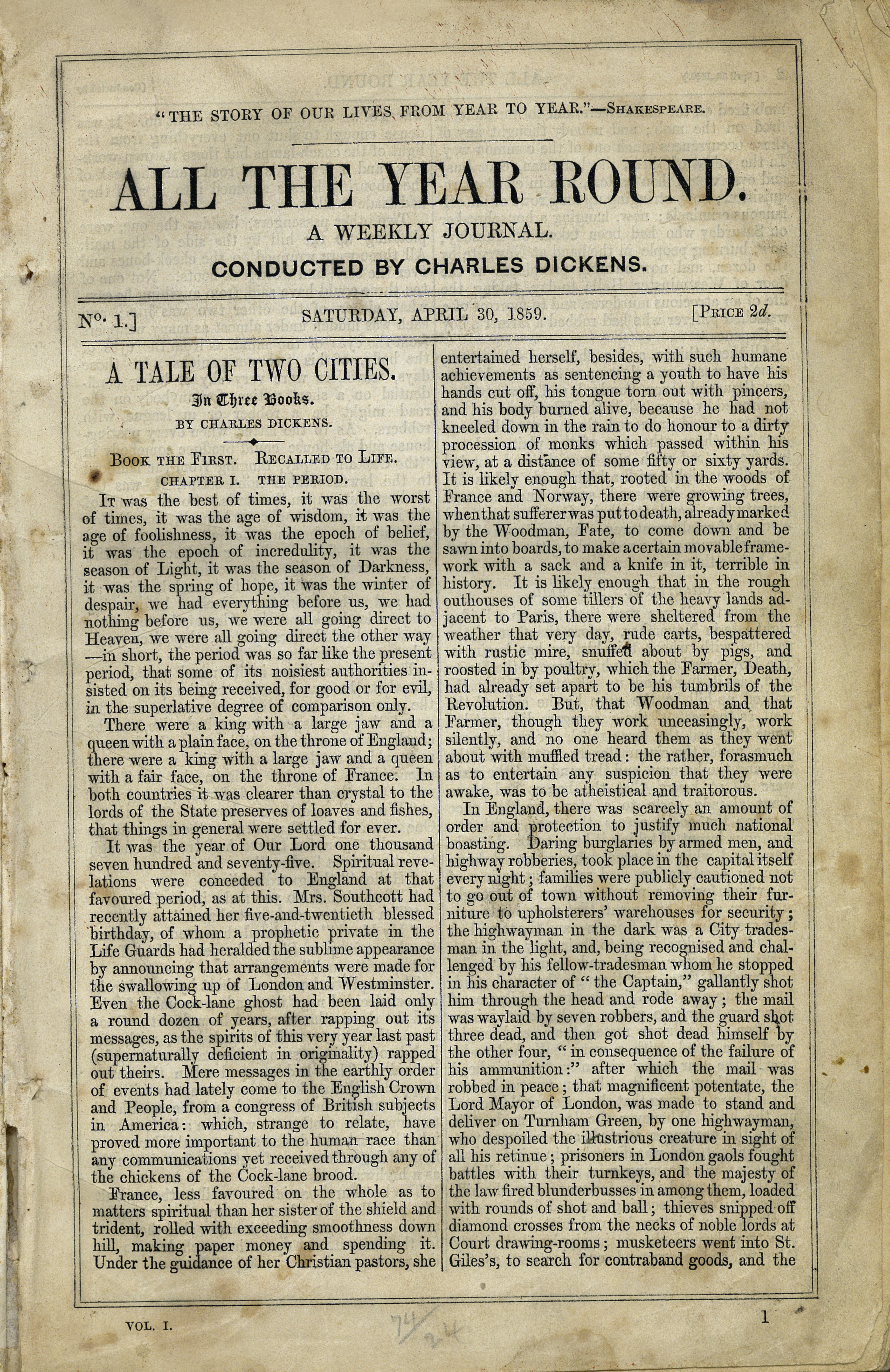