The Loiterer, a periodical work, in two volumes

[Oxford]: Printed for the Author and sold by Messrs Prince and Cooke [and six others]

Is this letter Jane Austen’s first appearance in print? Some scholars think so. The Loiterer was a weekly periodical launched in early 1789 by James Austen, Jane’s brother. Printed in Oxford, it lasted for about fourteen months; the final issue appeared on 20 March 1790. ‘Sophia Sentiment’ was a character in William Hayley’s comedy The Mausoleum (1785), a work that Jane Austen owned. This three-paragraph letter shows the spark of humour that might well have come from a teenage Jane Austen. 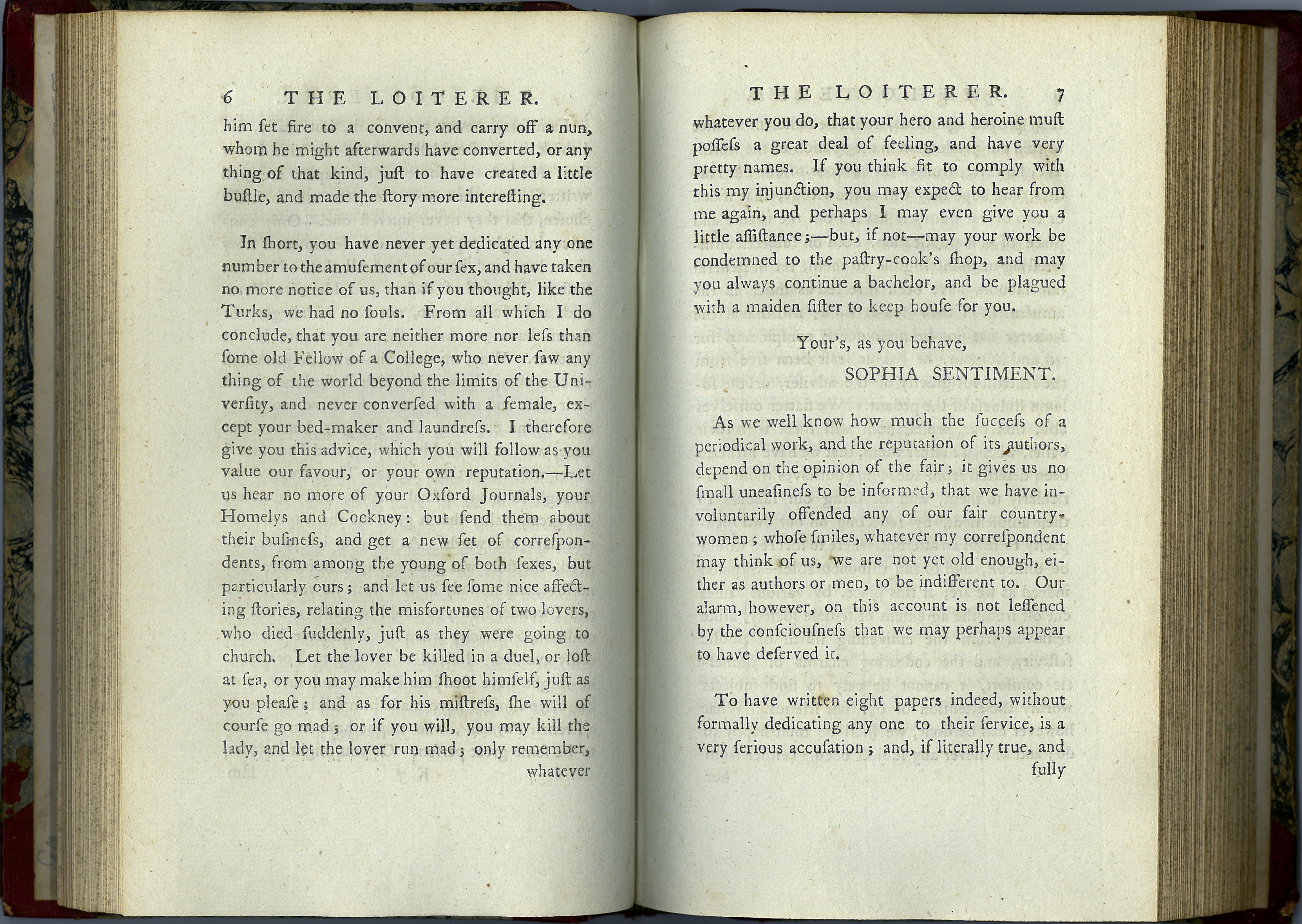