‘What is Education?’ in The Monthly Magazine, Vol. V, no. XXIX

The Monthly Magazine (1796-1843) first appeared under the editorship of John Aikin, and it became a favourite among liberal and radical readers. Aikin and his sister, Anna Letitia Barbauld, had collaborated on Evenings at Home (1792-1796), a series of stories for children, and Barbauld occasionally wrote for the Monthly. In the essay on display, she challenges some of Rousseau’s ideas regarding children and education. At the time, most periodicals published articles anonymously or under a pseudonym. However, the London publishing world was a small community, and the identity of regular contributors was often an open secret. Here, a previous owner has added ‘Mrs. Barbauld’ beneath the article’s title. 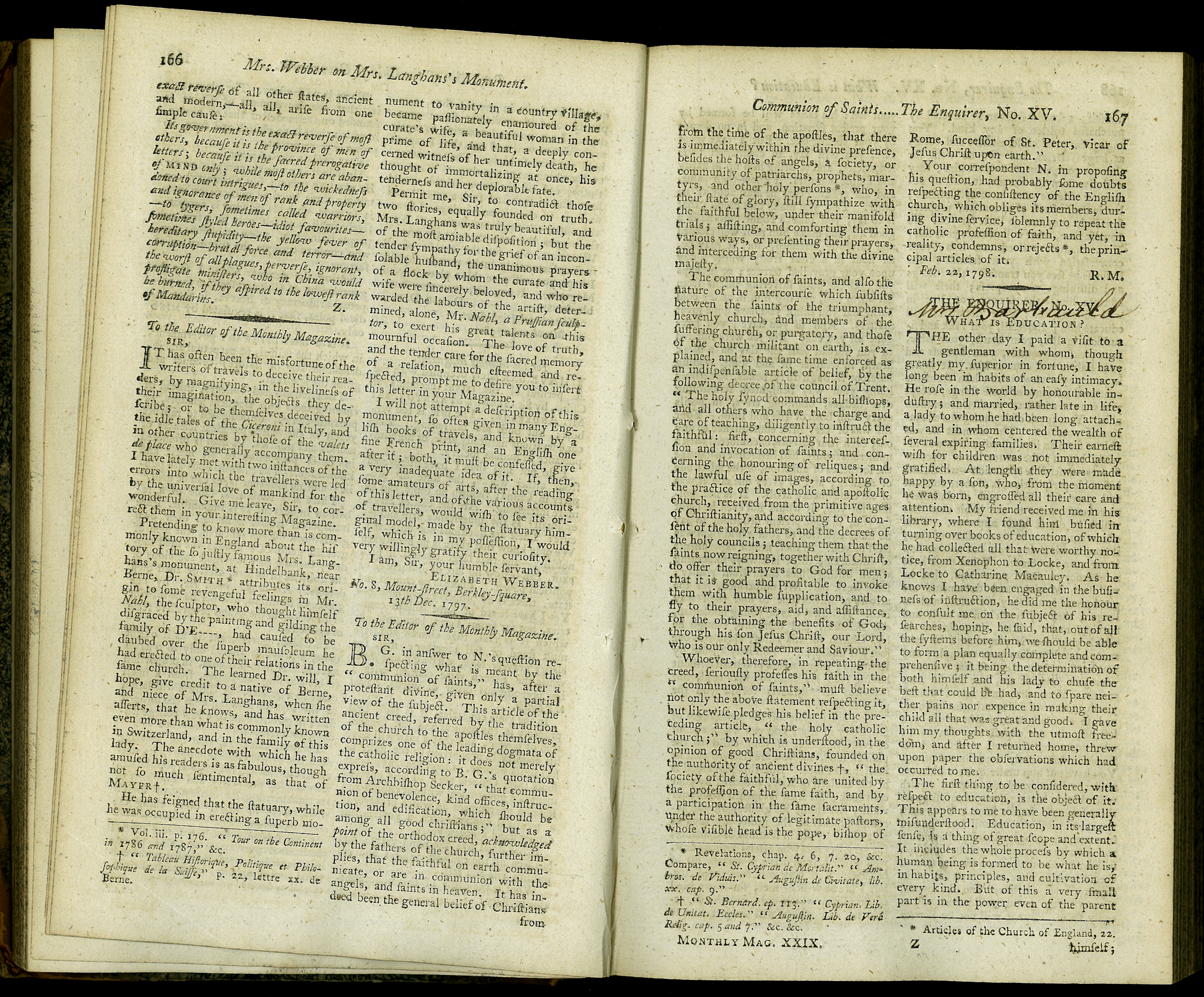