Cambridge University Press first published Abraham Wheelock’s Latin edition of Bede’s Ecclesiastical History of the English People and the Anglo-Saxon Chronicle in 1643. This version represents the 1644 reissue. It carries an abridged translation in English using an Old English typeface (designer unknown) that was first used in a 1641 volume of University verses. This volume was published with the additional support of the London bookseller Cornelius Bee. This book is of considerable interest to me because I am producing a new edition of the Old English Bede. In addition to its intrinsic value as the first edition of the text, Wheelock’s version contains readings from a manuscript of the text subsequently all but destroyed in the 1731 fire in the Library of antiquarian and MP Sir Robert Cotton (1570-1631). This copy once belonged to Thomas Campbell, first rector of Otago Boys’ High School, who tragically drowned along with his family the day after (4 July 1863) their arrival in Dunedin. His library was sold at auction.
(Chosen by Dr Greg Waite, Department of English and Linguistics, Otago) 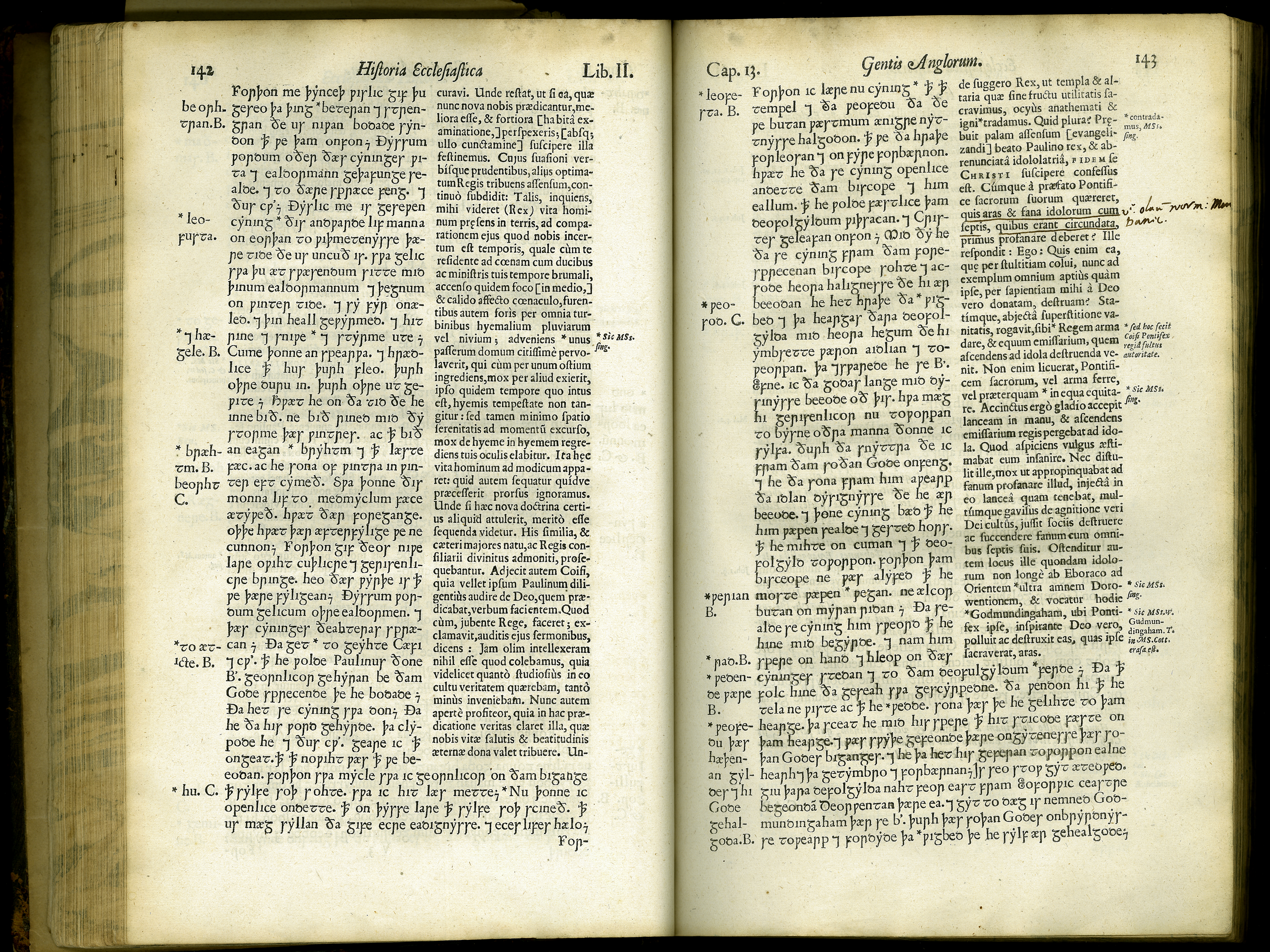