Usually remembered as a great statesman and leader of the Roman army, Gaius Julius Caesar (100-44 BC) was also a great historian. His Commentaries on the Gallic Wars (58-51 BC) is one of his two surviving works. Written in the third person, Caesar recorded simple yet highly descriptive accounts of his campaigns. Barnes has called the Commentaries the ‘best historical memoirs of the ancient world’. In one of the last battles for supremacy in Gaul (France), Caesar surrounded the hilltop town of Alexia or Alesia in September 52 BC, with the Gallic chief Vercingetorix (82-46 BC), (yes, the one in the Asterix comics), and an army of united Gallic tribes inside. Caesar built an enormous series of fortifications facing the town and a mirror image set of battlements facing outwards, to ward off attacks from the Gallic chief’s allies. Occupying the space in between, Caesar defended his position from attacks both fore and aft; and starving and defeated, Vercingetorix surrendered to Caesar in October 52 BC. 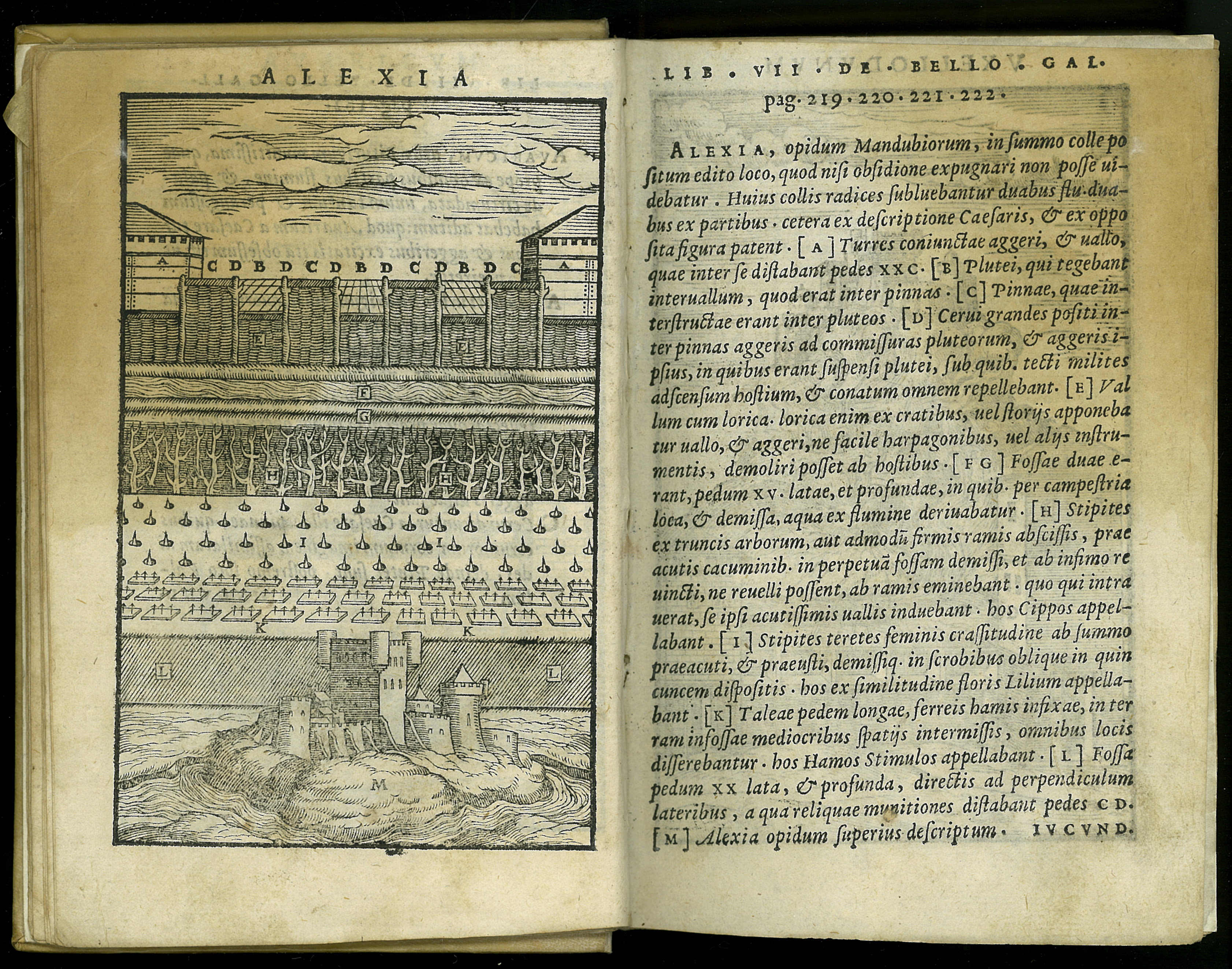