Despite her mother’s disapproval of novels, Queen Victoria read Oliver Twist and found it so ‘excessively interesting’ that she pressed it on the prime minister, Lord Melbourne, who responded with: ‘It’s all among Workhouses, and Coffin Makers, and Pickpockets…I don’t like that low debasing style’. In 1840 Victoria married Albert, Prince of Saxe-Coburg-Gotha. Dickens created a love fantasy over her, getting back privately at Albert by calling him a ‘German sassage [sausage]’ from ‘Saxe Humbug and Go-to-her’. On 9 March 1870, an ailing Dickens finally had a 90 minute audience with the Queen, who thanked him for the loan of some Civil War photographs, and discussed household matters such as ‘the cost of butchers’ meat, and bread’. Victoria found Dickens ‘very agreeable, with a pleasant voice and manner.’

[Page 4 and 5 from The Illustrated London News Record of the Glorious Reign of Queen Victoria.] 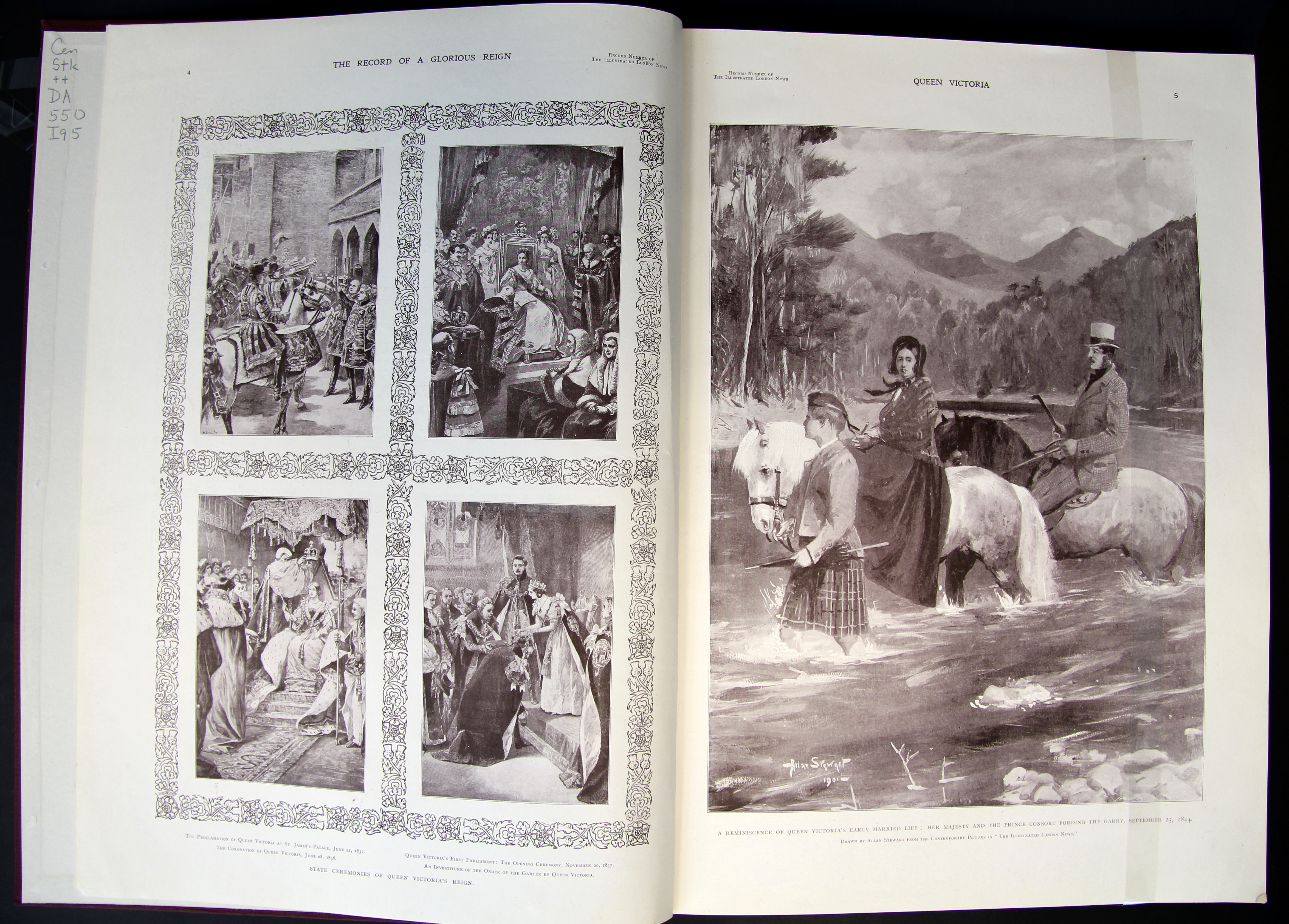