Charles Dickens at his reading desk.

Dickens began his career as a professional reader in 1858, after many private readings to family, friends, and charity groups. For each performance he condensed the text, with ‘The Trial from Pickwick’ being the most popular at 164 readings; ‘A Christmas Carol’ was performed 127 times. And much like Miriam Margolyes’s ‘Dickens’s Women’, his was a one-person show, where he played different characters in different voices. Some scholars have suggested that the strain of these performances hastened his death.

[Copy of an engraving of Charles Dickens at his reading desk for his final performance on 15 March 1870. ] 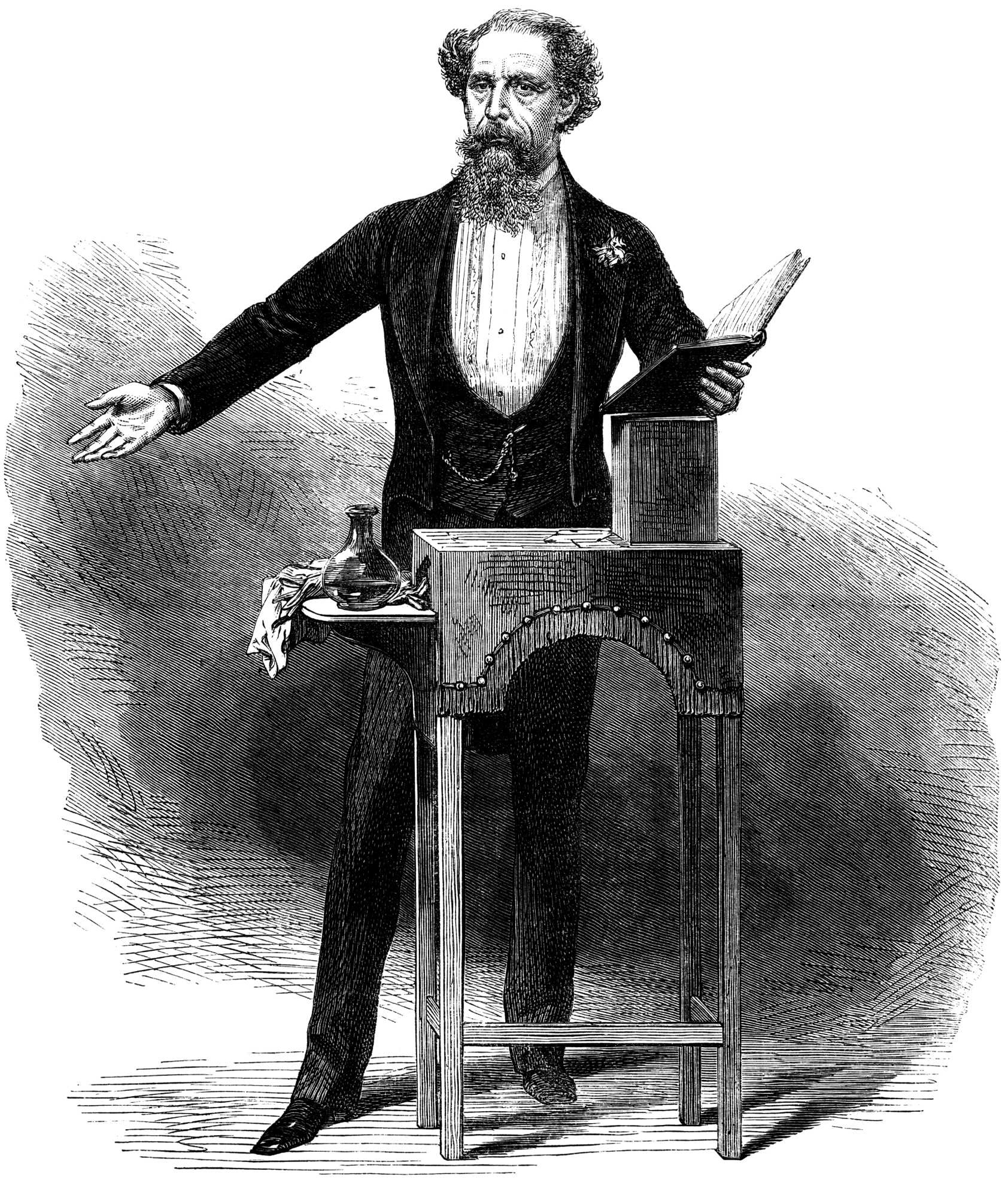