The Life and Adventures of Nicholas Nickleby

The writing of Nicholas Nickleby overlapped the serialization of Oliver Twist, and the editing of Memoirs of Grimaldi. Nicholas Nickleby, this ‘hero as a young man’ novel, was also serialized, starting in April 1838 and ending October 1839. Again some real-life people became part of the novel’s theatrics: Squeers, based on William Shaw, a bung-eyed school proprietor who had been sued in court for mistreating his charges; and garrulous Mrs Nickleby, based on Dickens’s own mother. Dickens must have been pleased with sales; the first number sold 48,000. This Dickens-like Nickleby (beside Miss Squeers) was executed by illustrator Frederick Barnard for the ‘Household Edition’, the first edition to be published after Dickens’s death in 1870.

[Oh! As soft as possible, if you please. Illustration by Frederick Barnard from page 53 of Charles Dickens's The Life and Adventures of Nicholas Nickleby. Household Edition.] 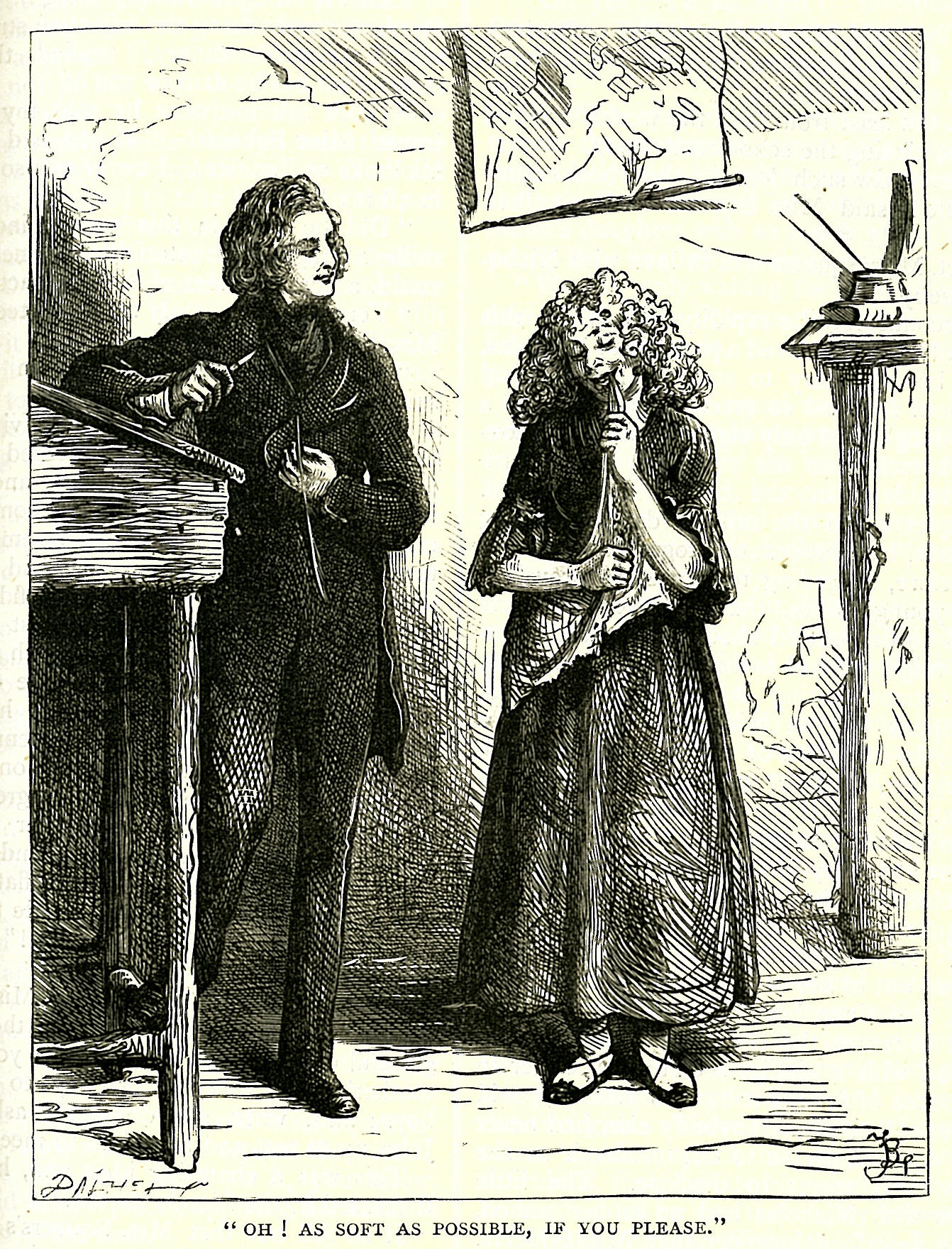