When Dickens and Thomas Carlyle met in 1840, it was the beginning of a life-long friendship. The gruff Scot held a contrary opinion on Dickens, the so-called ‘entertainer’: ‘Dickens had not written anything which would be found of much use in solving the problems of life.’ After Dickens’s death, Carlyle proclaimed: ‘the good, the gentle, ever noble Dickens, - every inch of him an Honest Man!’ Dickens claimed to have read the essayist’s The French Revolution 500 times, and used it as a basis for his own A Tale of Two Cities. This copy was once Truby King’s and is annotated by him. 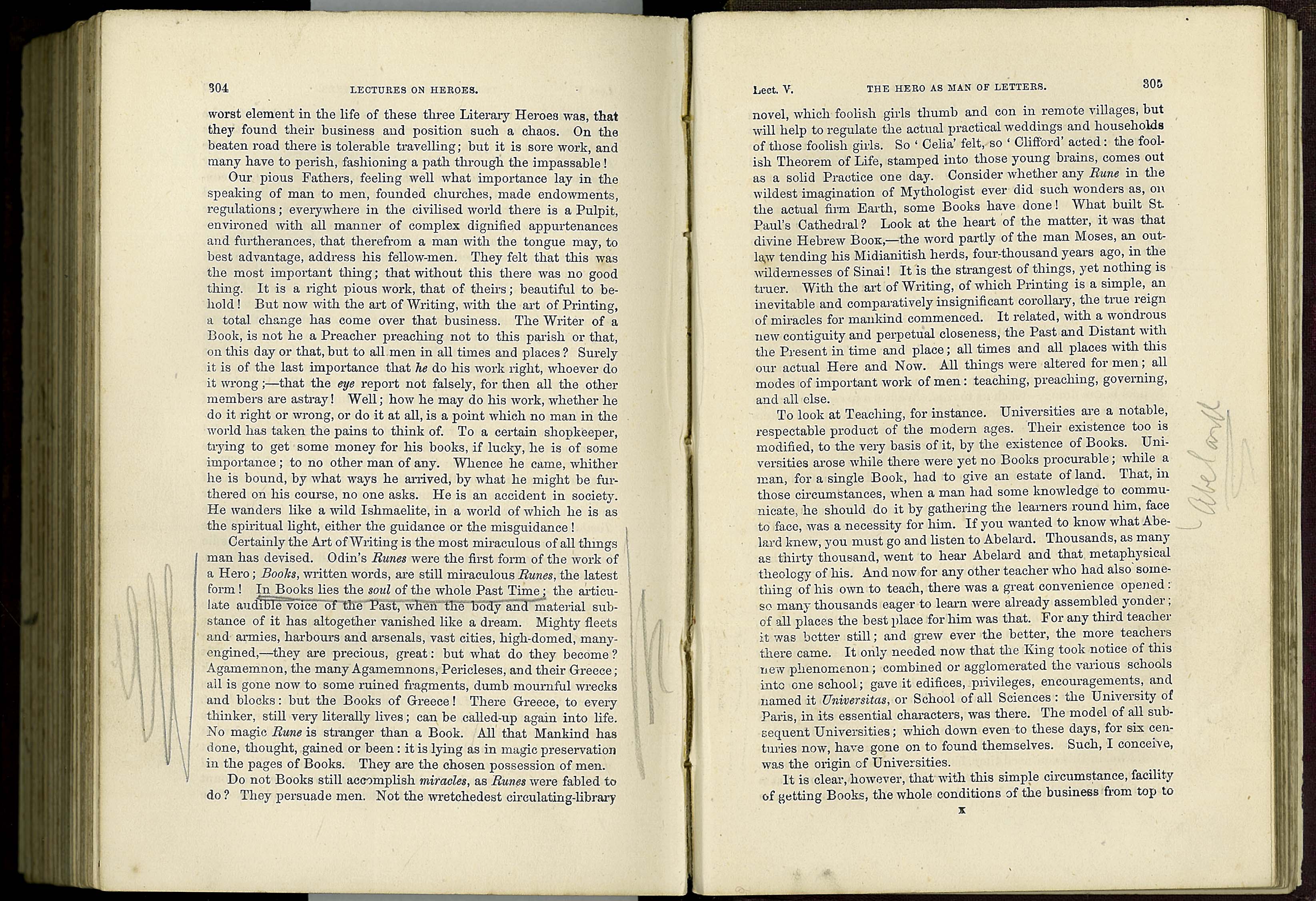