Charles Dickens was the second of eight children to John and Elizabeth Dickens, née Barrow. Financial mismanagement resulted in John being imprisoned for debt in Marshalsea Debtor’s Prison. One consequence of this was that the twelve-year old Dickens was taken out of school and made to work at Warren’s Blacking Factory, where he spent ten hours a day, Monday through Saturday, pasting labels onto pots of blacking. This experience haunted Dickens for years, and many of his novels like Dombey and Son and David Copperfield reflect his concern for destitute children, orphans and abandonment. Here he is in happier times, with a portrait painted by E. Lawn, circa 1870. The usual flourish that ended most of Dickens’s letters is depicted opposite. 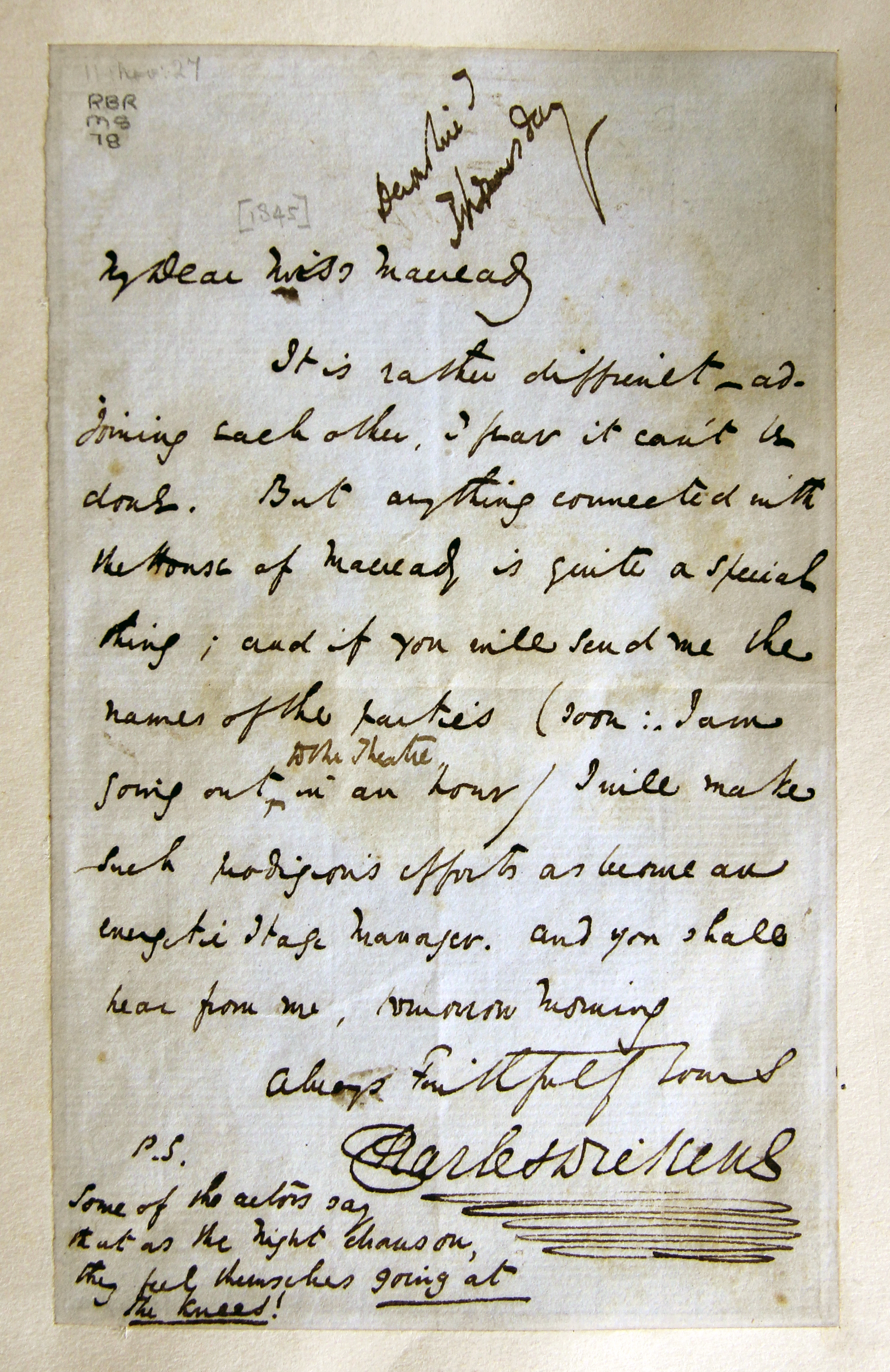