Charles Dickens and His Island and From The Black Rocks, On Friday and Gold Digger's Notes

From the Black Rocks first appeared in May 1862 in Dickens’s All the Year Round. The 1950 ‘new’ edition on display was published by A. H. Reed, who was curious as to who wrote it. The story concerns ‘Henry’, a clergyman living among Ngapuhi and his subsequent shipwreck on an island. Thinking that the tale was based on a true story, Reed enquired at the Church Missionary Societies in New Zealand and London as to who ‘Henry’ was. He had no success. However, Ian Church, a local Dunedin historian, has his own theory, suggesting that John White, interpreter and author of The Ancient History of the Maori (1887-1890), wrote the story. Arriving from Scotland in 1834, White (1826-1891) settled near his uncle, a Wesleyan missionary, in the Hokianga. White apparently admired Dickens very much and called his Auckland home ‘Dingley Dell’. Is the question of who was the author still open?

[Title page and frontispiece in From The Black Rocks, On Friday, edited (or written?) by Charles Dickens, with an introduction by A. H. Reed.]

A. H. Reed, All the Year Round, Dickens, John White 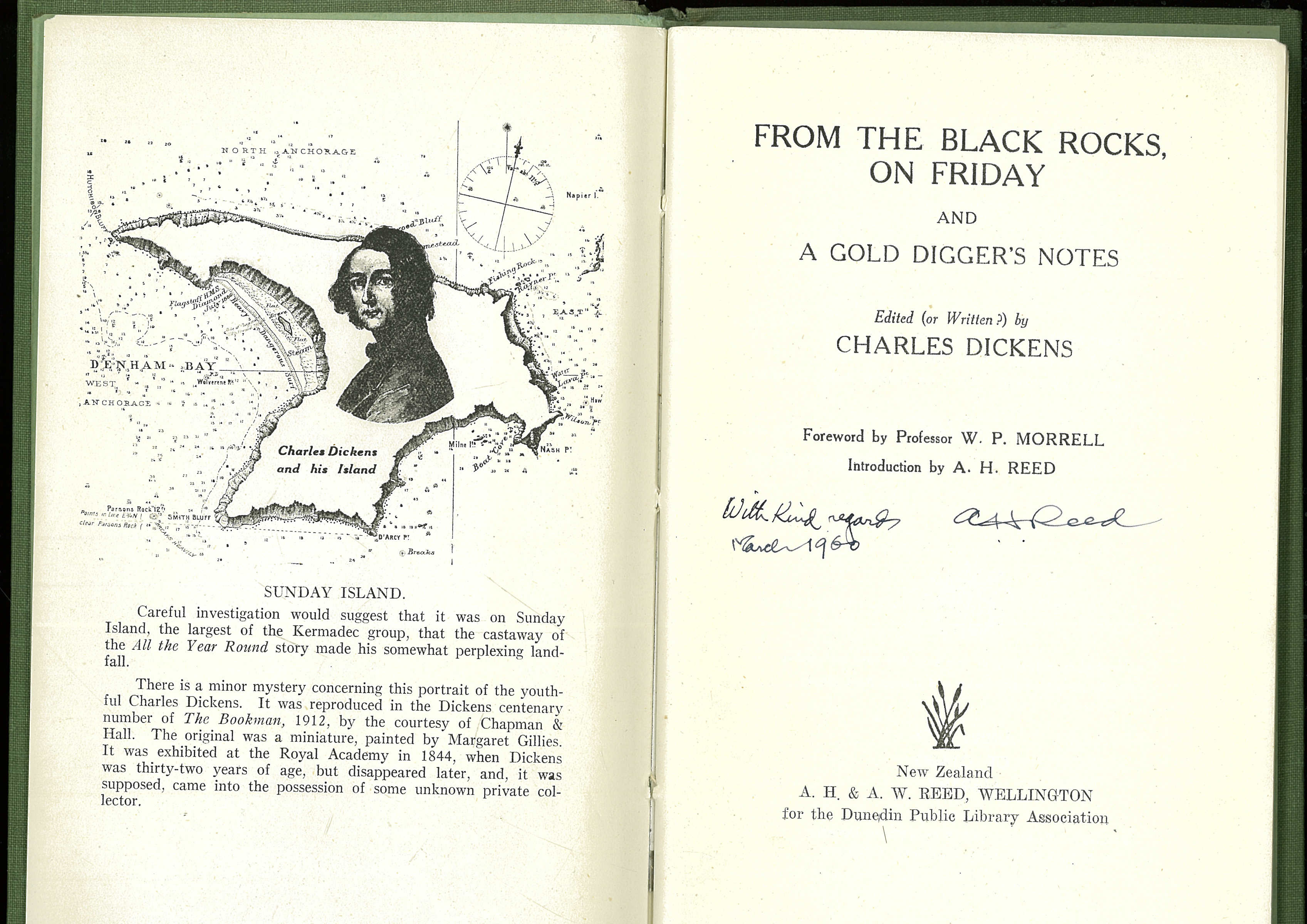