The death of his mother; the death of Thackeray; the finishing of Mrs Lirriper’s Lodgings and The Uncommercial Traveller, and house hunting (57 Gloucester Place), were events that occurred around the time Dickens was writing Our Mutual Friend, his fourteenth and last completed novel. It was a difficult book to write. The Staplehurst rail crash of 9 June 1865 did not help. While ministering to the injured in this tragedy, Dickens managed to clamber back on the train and rescue the manuscript of Our Mutual Friend. He was not injured, but he did feel ‘quite shattered and broken up’. Our Mutual Friend was published in parts, the first selling 35,000 copies. There was a major difference to this work about greed: the illustrations were by Marcus Stone, rather than by ‘Phiz’. This is the first book edition. 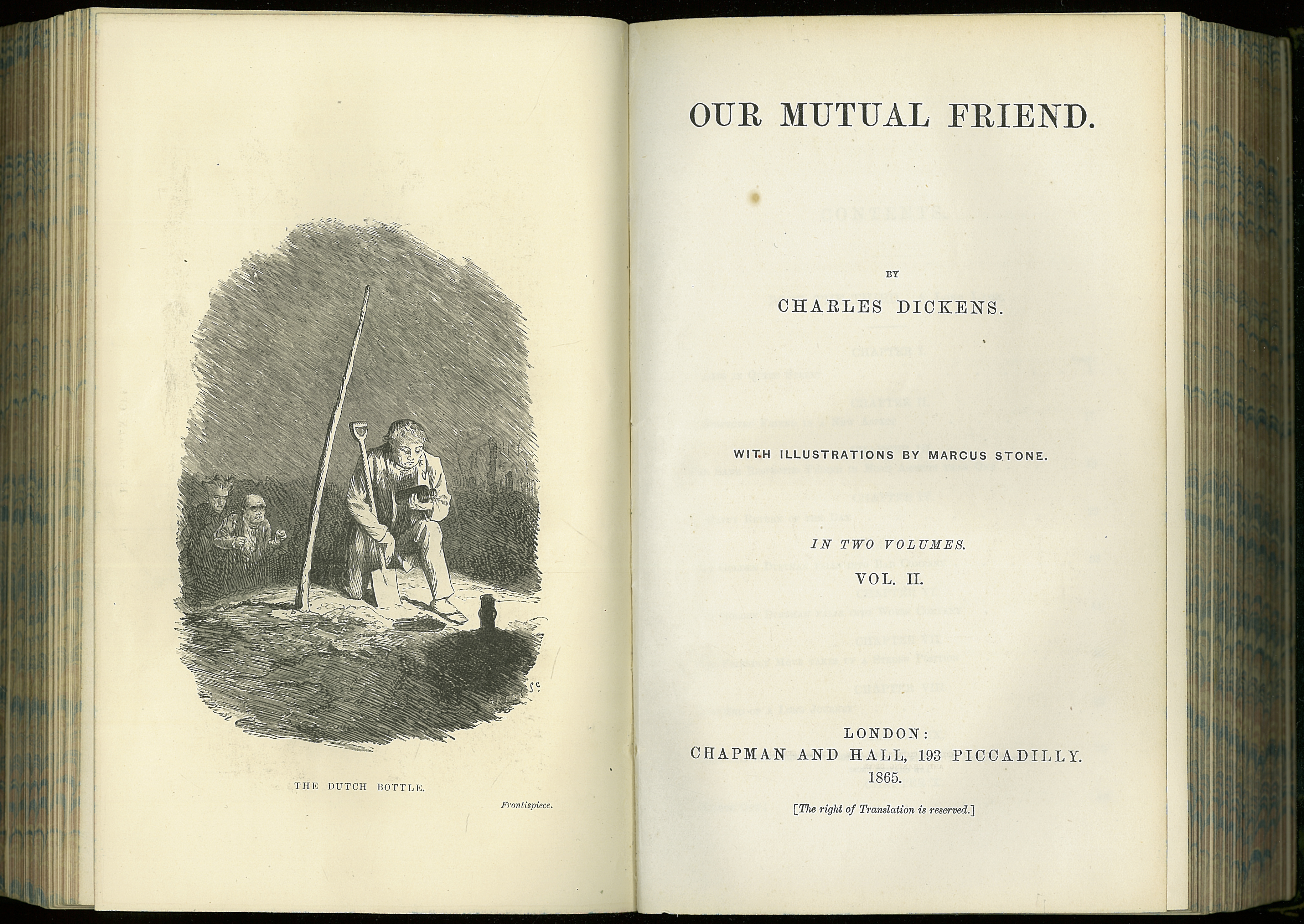