This is an original second edition of Andreas Vesalius’s work De Humani Corporis Fabrica, printed in 1555. Vesalius (1514-64) began his studies at Leuven in 1529 and then went to Paris to focus on medicine in 1533. In 1537, he moved to Padua in Northern Italy and, the day after he graduated, became a lecturer in surgery and anatomy. At age 24, he freed himself from traditional Galenic methods of studying anatomy, and argued that anatomy be learnt through ‘hands on experience’ and visible proof. At age 28, he completed this work. The engraver of the illustrations in Vesalius's volume is unknown, and it has been suggested that the illustrations were copied directly onto the woodblocks and therefore the published images are mirrored.

This is the frontispiece of Vesalius’s 1555 work.
The coat of arms at the top features three weasels. The weasels are the insignia of the town of Wesel, where the Vesalius family lived.
Standing behind the dissected body, there is an articulated skeleton. This highlights Vesalius’s notion that the logical order of anatomical study was from the skeleton outwards.

The female cadaver is placed diagonally on the table so that there is room to show the various knives and a sponge used for dissection. Female cadavers were also hard to obtain so there is an element of bragging here by depicting one.

There are three robed figures (two on the left of the table, one almost hidden by the other, and the other on the right distracted by the dog) that surely represent Hippocrates, Aristotle, and Galen.

On the left hand-side of the dissected body stands Vesalius, who is looking straight at the ‘camera’. He has one hand on the corpse; the other points upwards, perhaps to the heavens. 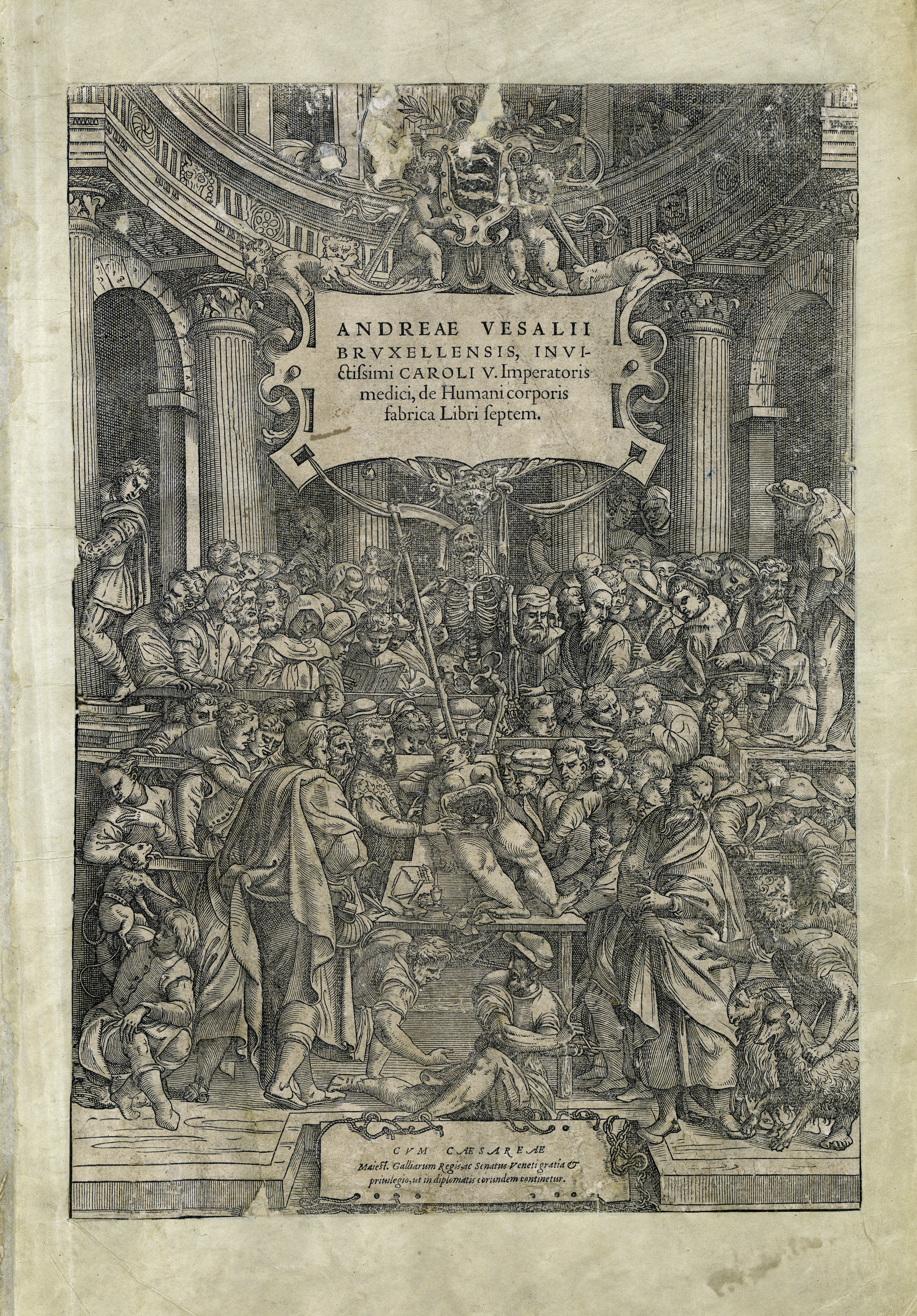