An Inward Sun: the World of Janet Frame

By the time Michael King became Robert Burns Fellow (his tenure would run for a year and a half), he had been writing full time for twenty years. He had already published the biographies of three prominent New Zealanders – Te Puea Herangi, Dame Whina Cooper, and Frank Sargeson. He came to Dunedin for the Fellowship with three years of research on Janet Frame ‘up his sleeve’, and her permission to write her biography. And, this he did – the quintessential Wrestling with the Angel: A Life of Janet Frame (2000). The follow up work, Inward Sun, was published in 2002. Here is a photo of the Burns Fellows Reunion in 1998. King is there (second row, third from left) and so is Frame (front row, second from left). During his career, King gained the moniker of ‘People’s Historian’, and rightly so. 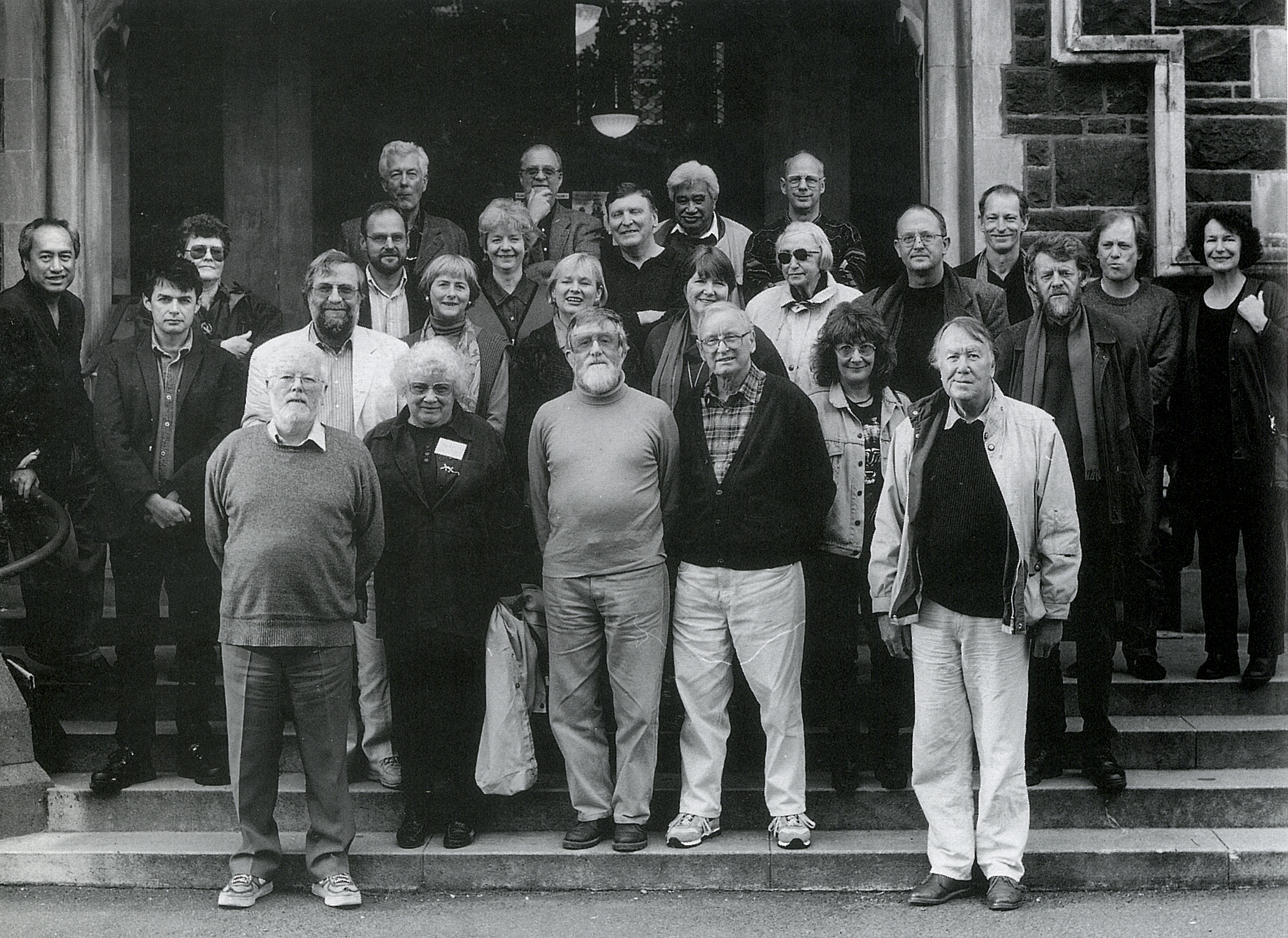