Cilla McQueen describes in her own words her tenure as Burns Fellow: ‘The Fellowship gave me carte blanche, I assumed, to stretch the bounds of the poetry I knew. In 1985, joyful collaboration with local musicians produced improvised theatre pieces such as “A Maniac at the Joystick” at Allen Hall. A solo performance, “Shocks and Ripples”, was directed by Lisa Warrington. A Fulbright Writer’s Fellowship took me to Stanford University for a month-long conversation on radio drama with Martin Esslin.
In 1986, a “Spinal Fusion Diary” linked words with drawings. “Fancy Numbers” at Marama Hall incorporated half a piano, a drama class and two performance artists, the score a series of drawings of Otago Peninsula. “Bad Bananas”, with guitarists Ali Mcdougall and Jim Taylor, enjoyed several outings. Some poems and songs from these years found a place in “Wild Sweets” (1986) and “Benzina”
.’ 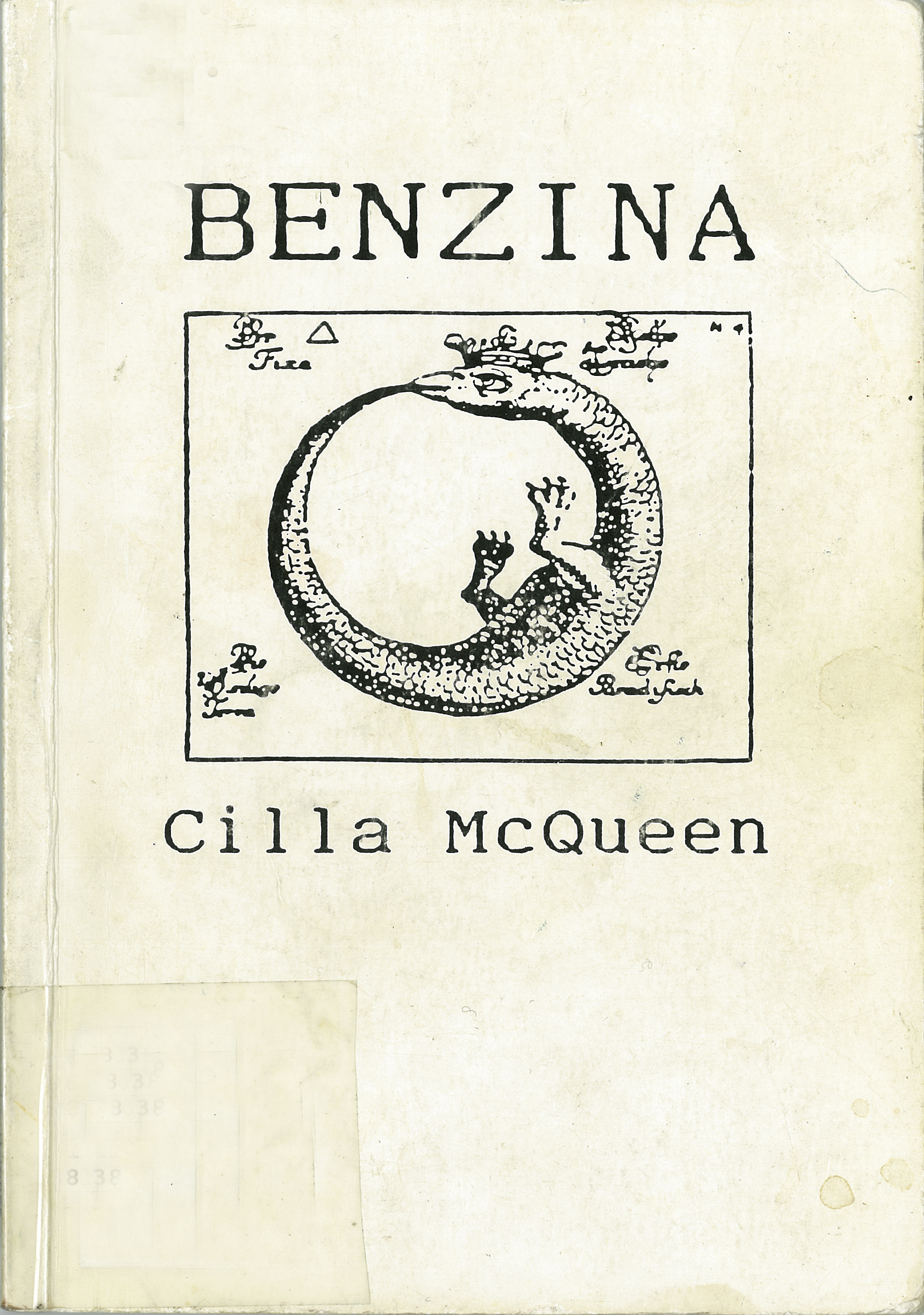