Sam Hunt began writing poetry when he was still at high school; he was first published in Landfall in 1967. His tenure as Burns Fellow was for ten weeks only, and he chose to live in Alan and Pat Roddick’s crib on Akapatiki Beach, near the harbourside settlement of Otakou, on the Dunedin Peninsula. He wrote a lot, and some of his output from that time was printed in, Drunkard’s Garden. Hunt’s poems are written to be read aloud, and he has spent most of his career travelling and performing his works in his own inimitable style. Perhaps the coffee stains on the cover of this volume are an indication of Hunt’s popularity? 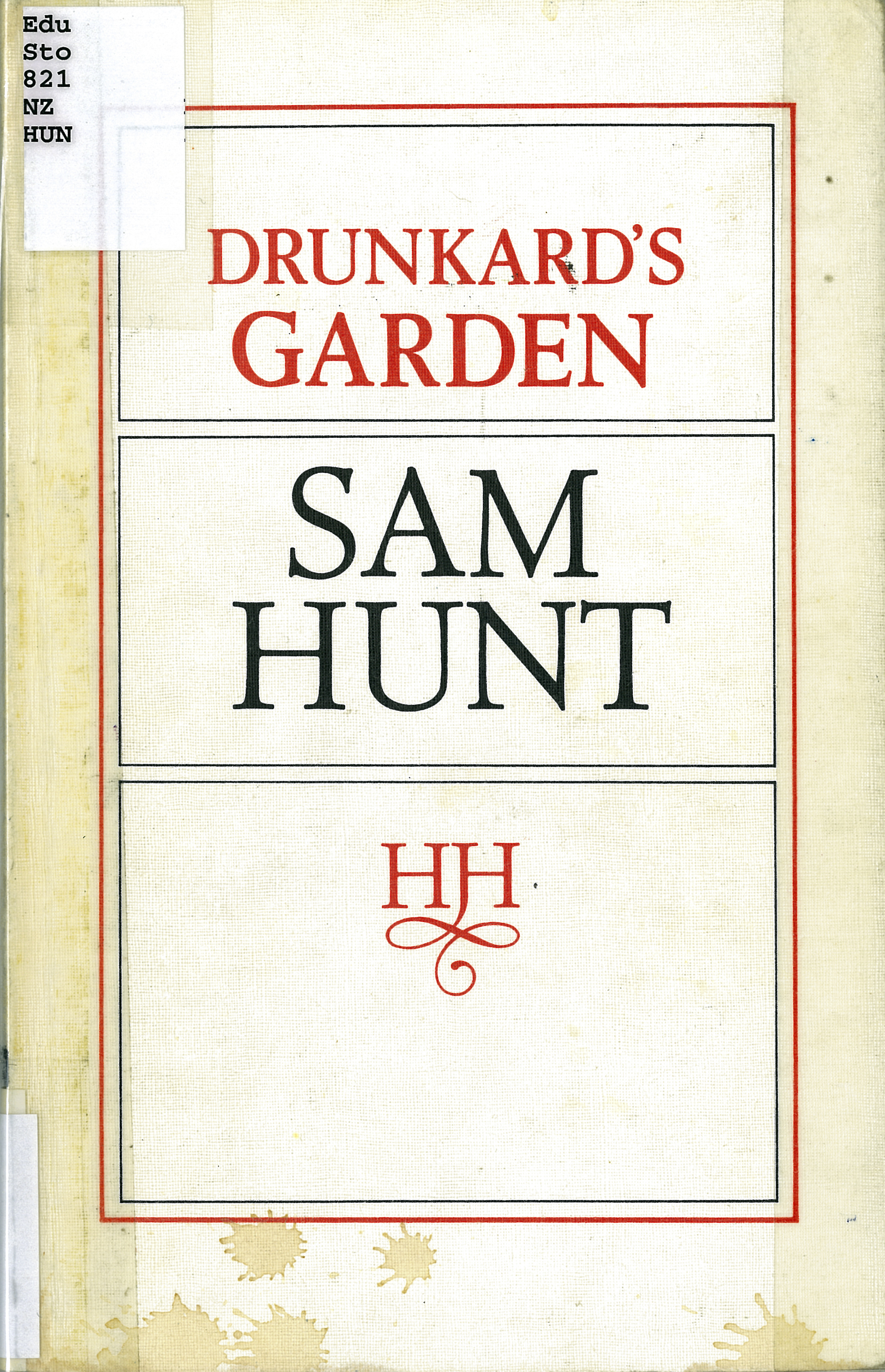