The Children in the Bush

Ruth Dallas (Ruth Mumford) moved to Dunedin from Invercargill in 1954. She first met Charles Brasch in 1949, and continued to develop her professional and personal relationship with him when she worked on Landfall in the 1960s as his editorial assistant. Dallas was accepted as Burns Fellow in 1968, and had been publishing poetry for twenty years. In her own words, from Curved Horizon (1991), she outlines her writing process: ‘I found my best pattern was to mull over my plans at home in solitude in the first part of the morning, sketch a draft and take that to the Burns Room, the typewriter and the unlimited paper.’ The Children of the Bush, based on her mother’s childhood experiences, was just one of the works that resulted from Dallas’s Burns year. 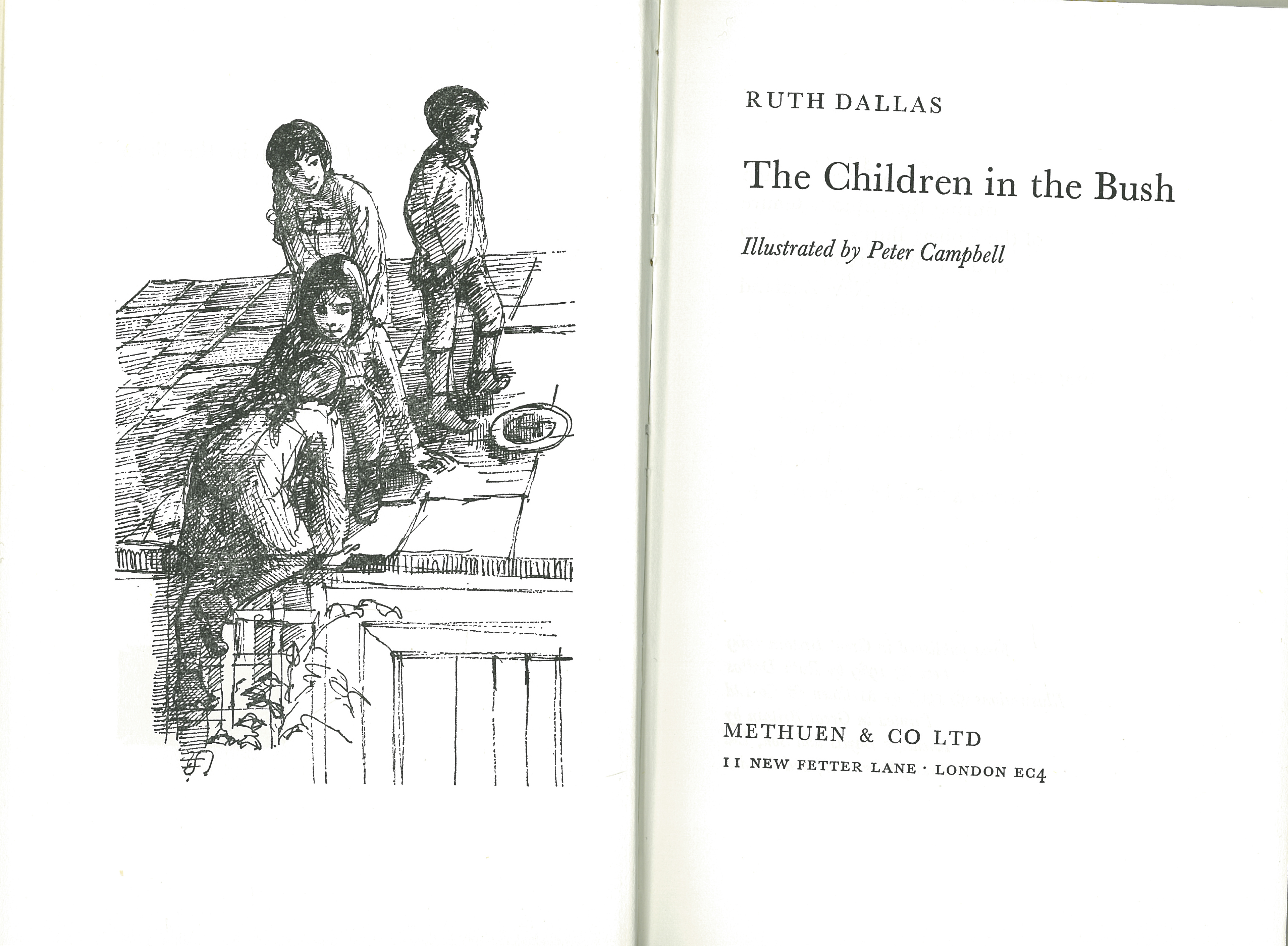