The Savoy. An Illustrated Monthly, No. 7

The Savoy (January-December 1896), first a quarterly then a monthly, folded altogether at the end of its first year. Its eight issues were edited by the symbolist poet, Arthur Symons. It was published by Leonard Smithers, the book dealer and pornographer, best remembered as one of the few publishers willing to work with Decadent writers (including Wilde) in the aftermath of the Wilde trials. Aubrey Beardsley’s distinctive artwork is present, although there were amendments to the original cover because George Moore, a contributor, complained about a naked cherub urinating on a copy of the Yellow Book. Even heavy-weight contributors like Max Beerbohm, George Bernard Shaw, and W.B. Yeats could not keep the journal afloat in a climate of suspicion and fear. 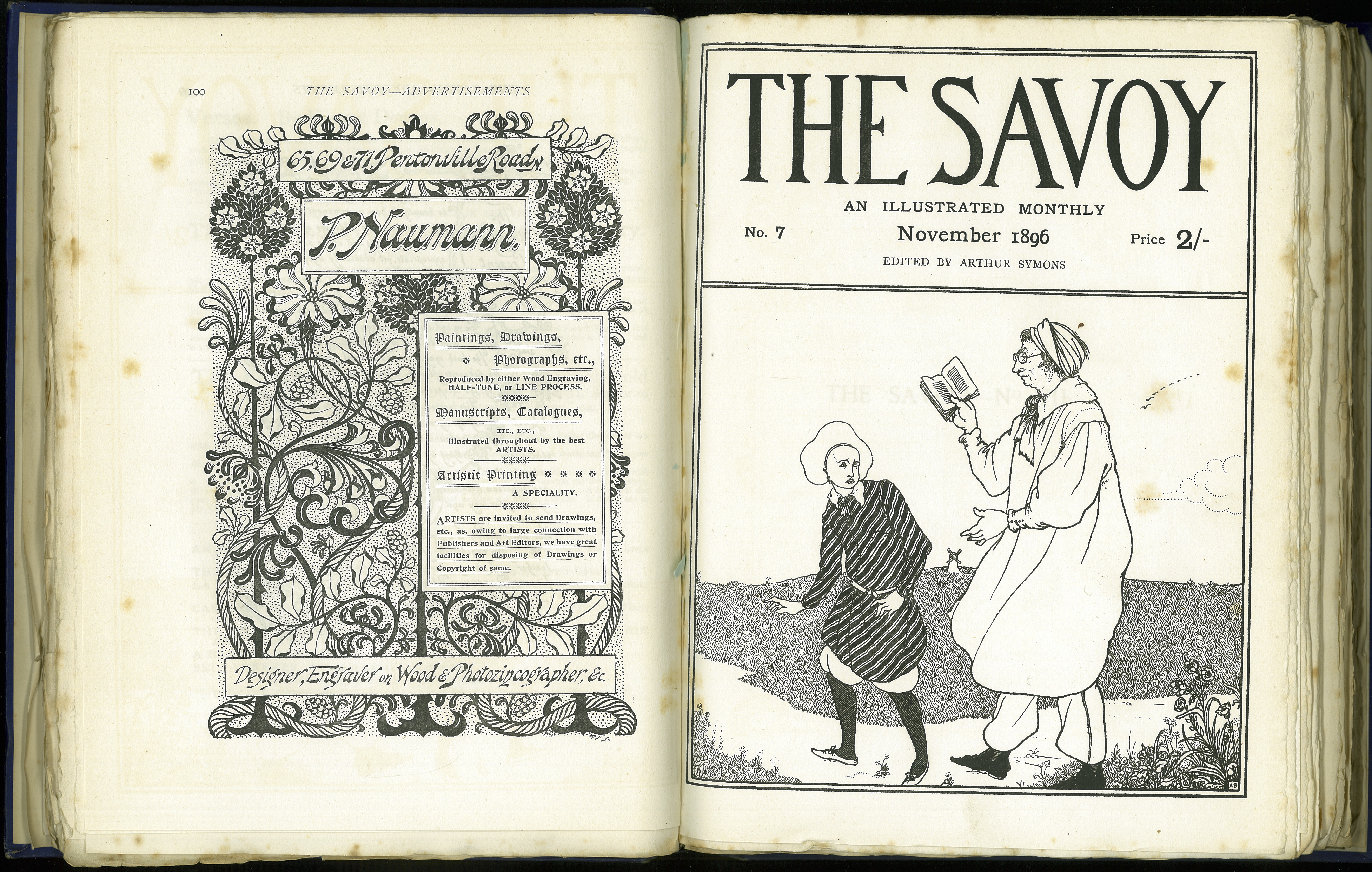