Hardwicke’s Science-Gossip: An Illustrated Medium of Interchange and Gossip for Students and Lovers of Nature

Science-Gossip (1865-1893, 1894-1902) was a popular science magazine, aimed at the educated lay reader. Its first editor was the botanist Mordecai Cubitt Cooke, and the journal purported to be ‘a medium of interchange and gossip’ regarding discoveries, developments, and the scientific world. In 1871, a review of the magazine in the scientific journal Nature noted that Science-Gossip was perceived as a scientific equivalent to Notes and Queries: ‘The two resemble each other, indeed, in many particulars, and in none more than in the very unequal value which attaches to the articles contained in their pages’. 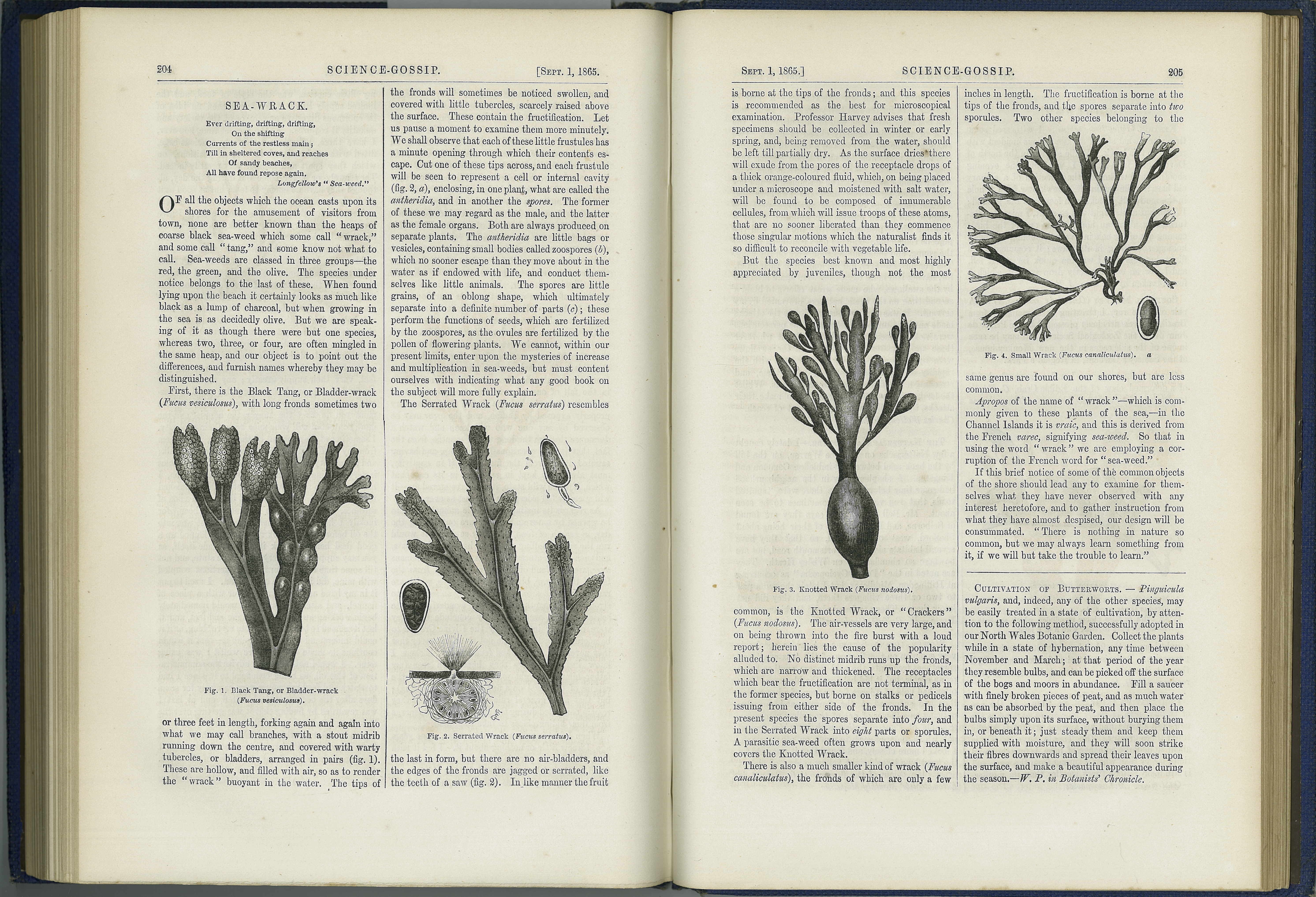