Vanity Fair was well-known for its chromolithographic caricatures of prominent figures. James Tissot’s image of Charles Darwin appeared in 1871, the year in which The Descent of Man was published. The accompanying article describes Darwin as ‘one of the most accomplished naturalists now in existence’, noting that ‘any theoretical structure that he builds upon his researches must be regarded with great respect’. While Tissot captures Darwin’s physical infirmities (note the pile of cushions, which signify his ongoing ill health), he does so gently, contrasting his subject’s physical frailty with the intense intelligence to be seen in his eyes. 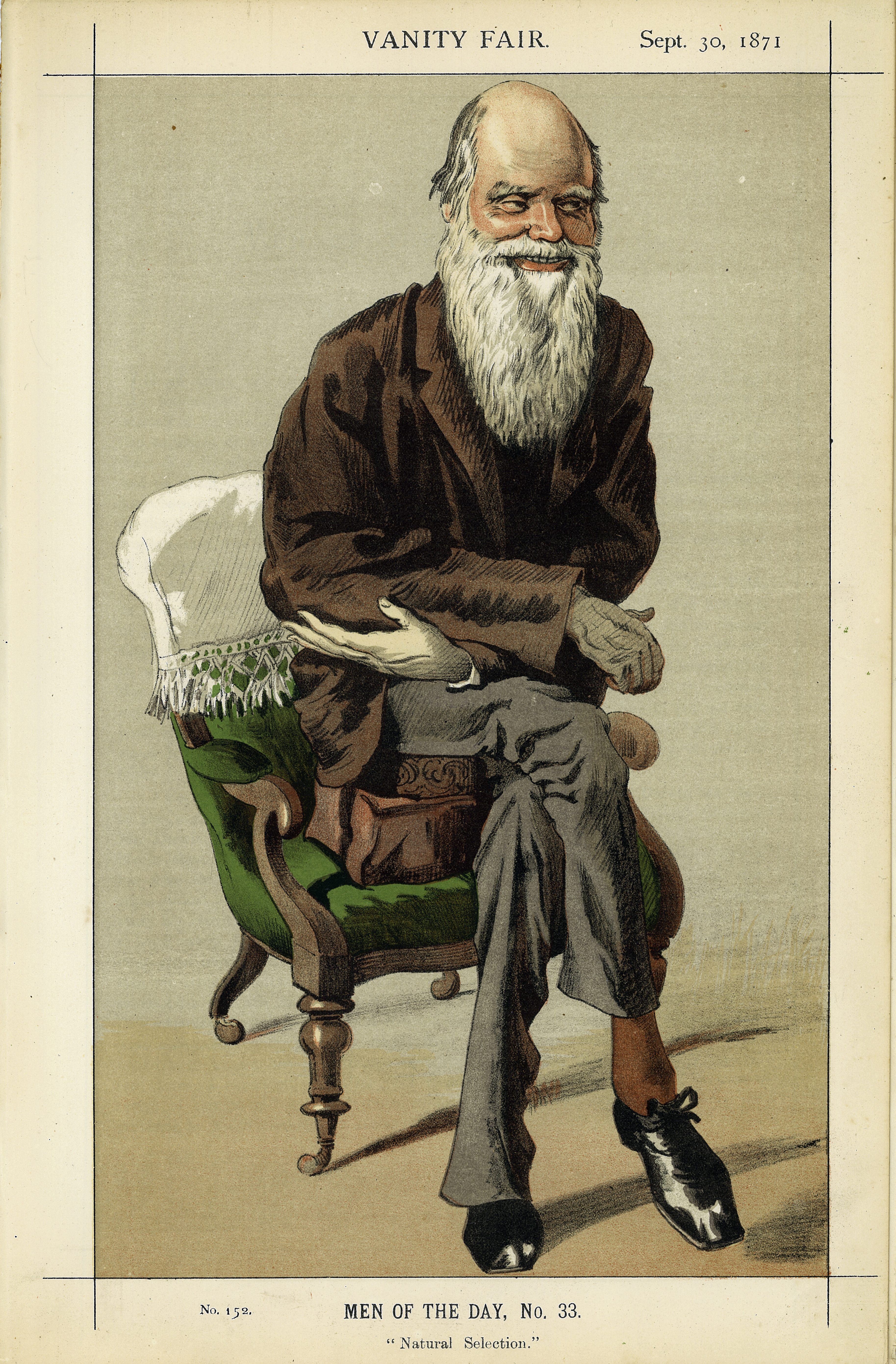