The New Monthly Magazine (1814-1884) was an early production of Henry Colburn, one of the century’s most important publishers. Each issue included an engraved portrait of a well-known figure. The poet Samuel Taylor Coleridge thought the drawing from which this engraving was made ‘the most striking likeness ever taken’ of him. This issue includes ‘Anecdotes of Lord Byron’ by a still unidentified writer, who offers some colourful details (Byron ‘never went to sleep without a pair of pistols and a dagger by his side’). Readers were also treated to the first printing of ‘The Vampyre’, supposedly written by Lord Byron but in fact the work of his doctor and friend, John William Polidori. 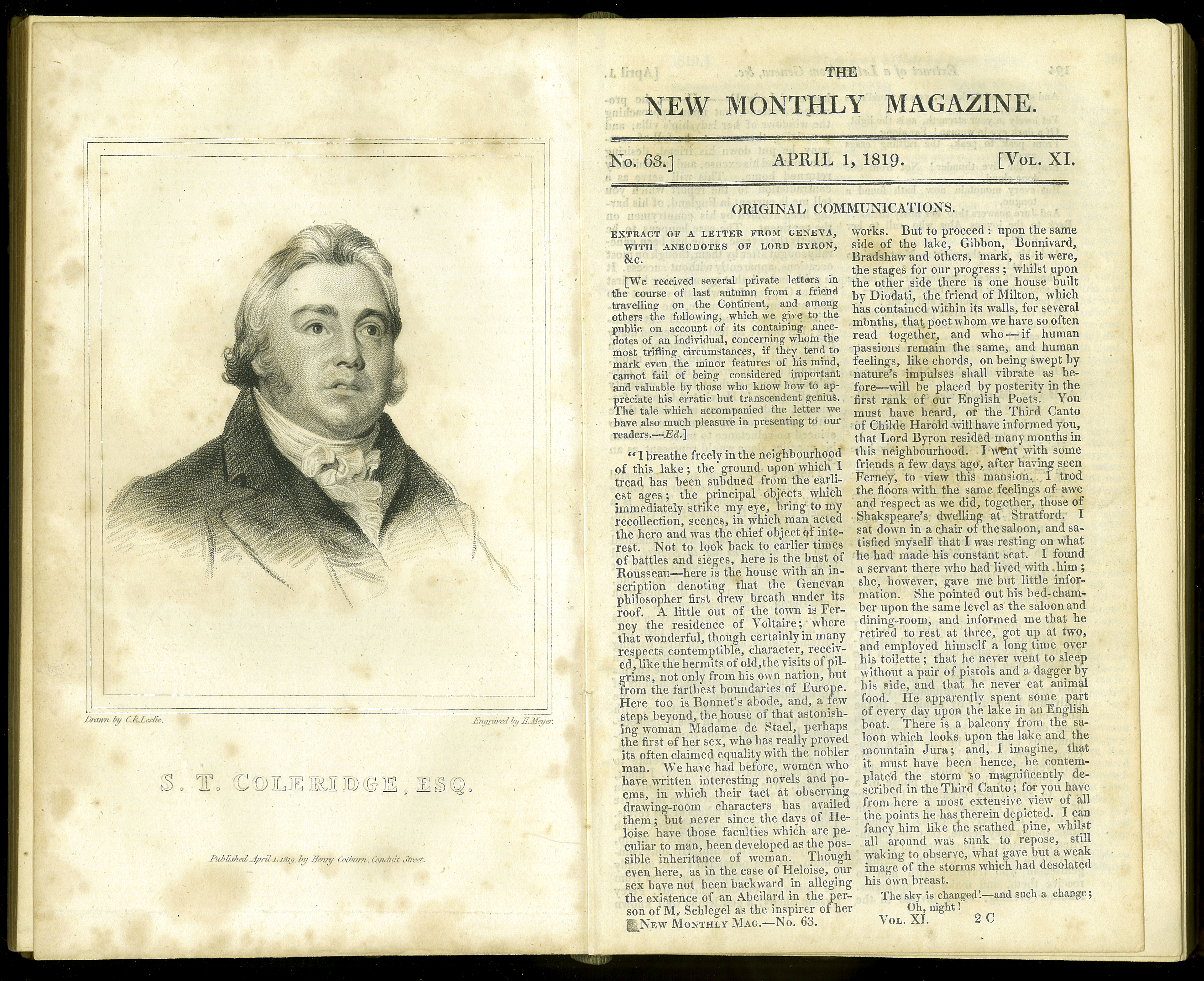