‘A Musical Instrument’, in The Cornhill Magazine, Vol. II

Elizabeth Barrett was already a famous poet when she secretly married Robert Browning in 1846 and moved with him to Italy. In the following years, she produced some of her finest works, including Sonnets from the Portuguese (1850) and the long poem Aurora Leigh (1856). She was an early contributor to Thackeray’s Cornhill Magazine, which was a rival to Dickens’s All the Year Round. Barrett Browning’s ‘A Musical Instrument’, a meditation on the suffering that produces art, appears here with a striking wood engraving after Frederic Leighton. Leighton, later president of the Royal Academy, designed Barrett Browning’s tomb in Florence. 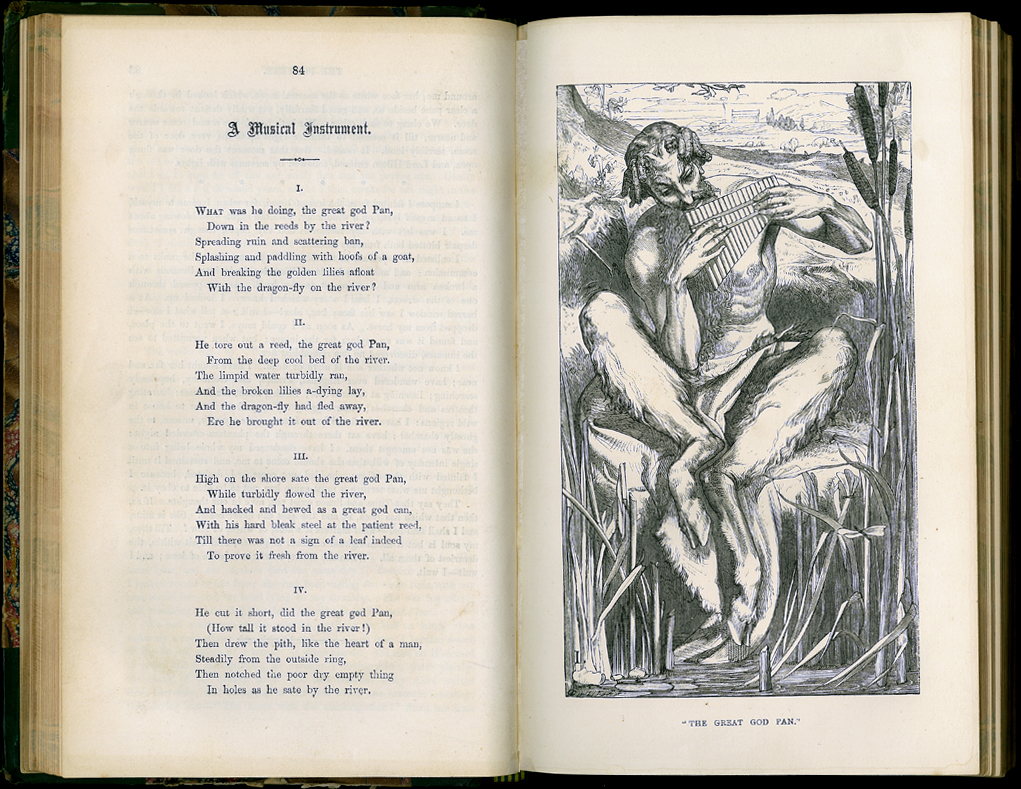