Barnaby Rudge, Dickens’s fifth novel, centred round the Gordon ‘No Popery’ Riots of 1780 and the murder of Reuben Haredale. Originally planned to be his first novel and entitled Gabriel Varden, the Locksmith of London, it was put aside because of the success of Pickwick. An historical novel in the tradition of Sir Walter Scott, Barnaby Rudge first appeared in serial form in Master Humphrey’s Clock from February to November 1841. Maria Beadnell, Dickens’s first love, was the original of the flirtatious Dolly Varden. 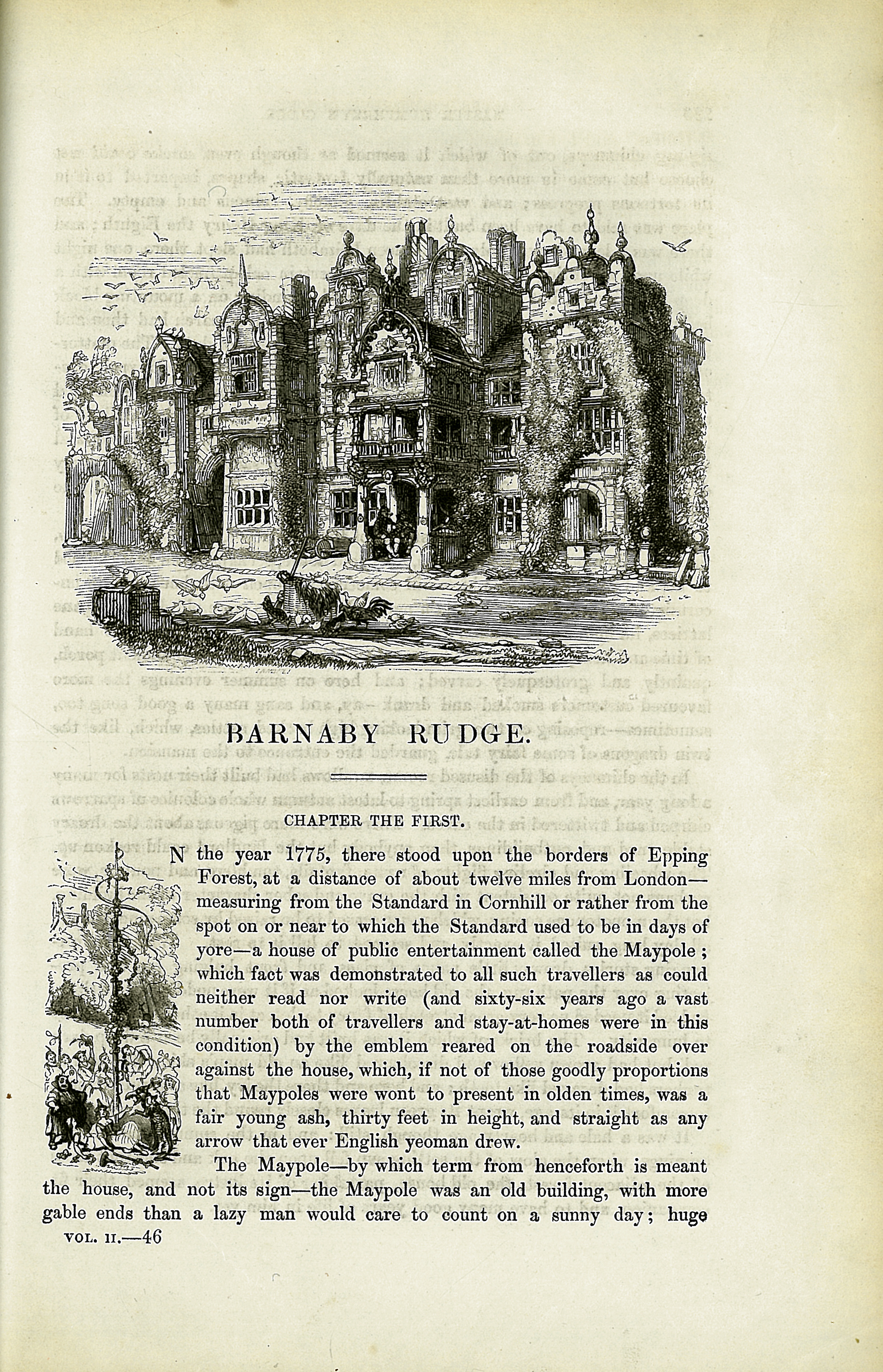