Fiona Farrell was on her way to Dunedin to take up residency as the Burns Fellow when the February 2011 Christchurch earthquake struck. She did a u-turn after hearing on the radio of the damage caused. A month later, after shoring up her family and Christchurch home, she headed back to Dunedin. The catastrophic event would colour her whole tenure.
Farrell wrote The Broken Book, which began as a book about walking but ‘headed off piste into chapters about walking round Christchurch in 2010 and 2011’. She wrote River Lavalle, an ecological opera about the destruction of New Zealand’s rivers; and she began work on a major project of ‘twinned volumes, the non-fiction “The Villa at the Edge of Empire”, and its accompanying novel, “Decline and Fall on Savage Street”[above right], two books placing the rebuilding of Christchurch in a political, historical and philosophical context.’ 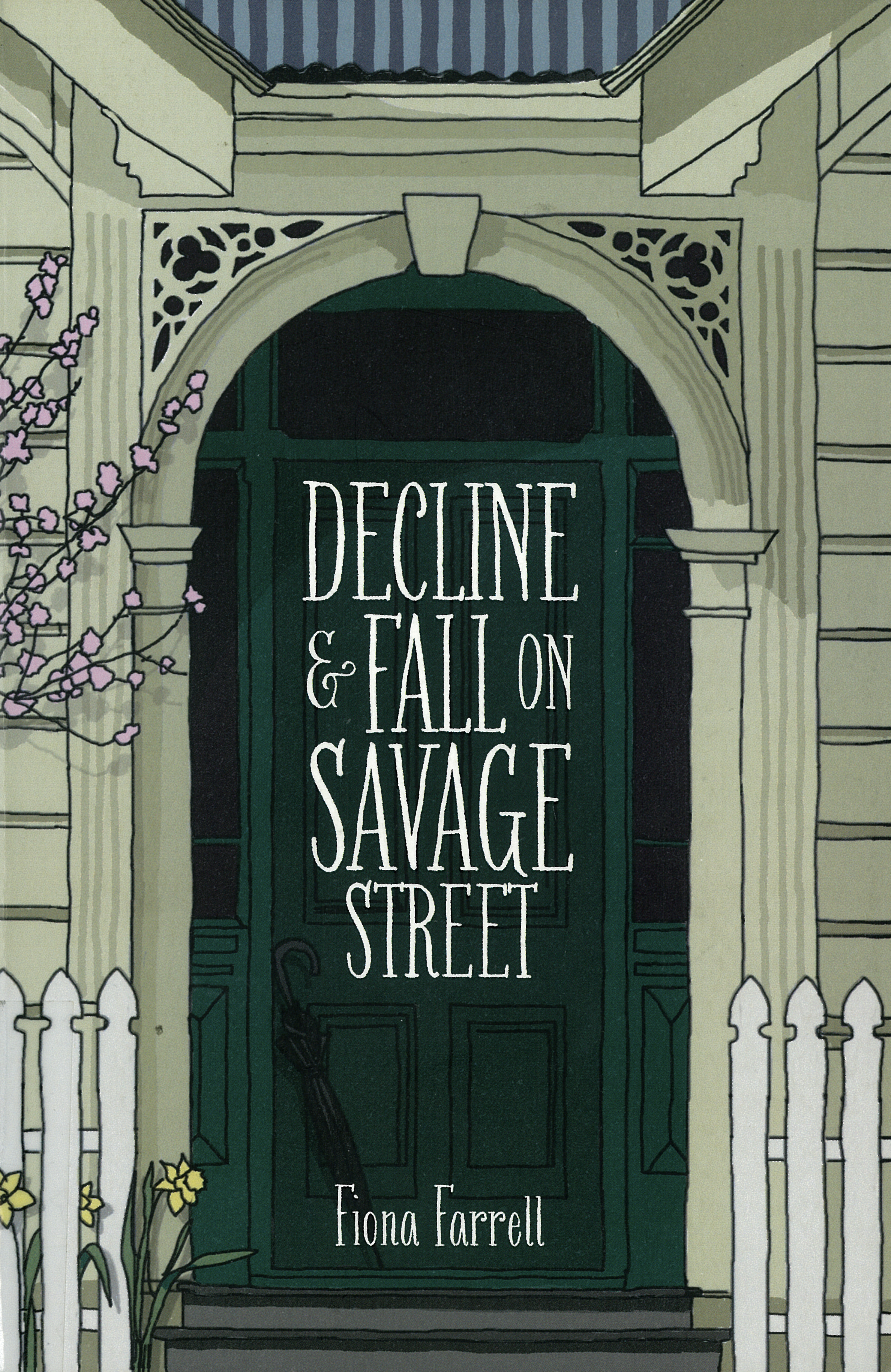