Bernadette Hall recalls her time in Dunedin as Burns Fellow: ‘In 1996, my family drove me down from Christchurch to Dunedin to deliver me for the year’s Burns Fellowship…in a “bread van”, a converted campervan called “Martha”. My mother, who had died on Christmas Eve, her 85th birthday, was there too, her ashes in a green cardboard box. Our first task on entering the city was to lay my mother’s ashes to rest in the Anderson’s Bay cemetery, in the grave of my father, Jim.
I was solitary a lot of the time in 1996, in mourning, and yet also breaking into new freedoms. “Still Talking” published in 1997 was the result. Anthony Ritchie turned one of the “Tomahawk Sonnets” into a song. At the moment, my desire is to see the beautiful Stations of the Cross [Joanna Margaret Paul] painted in the Church of St Mary Star of the Sea in Port Chalmers in the 1970s…fully embraced as being among the amazing gifts that Dunedin, my hometown, has to offer
.’ 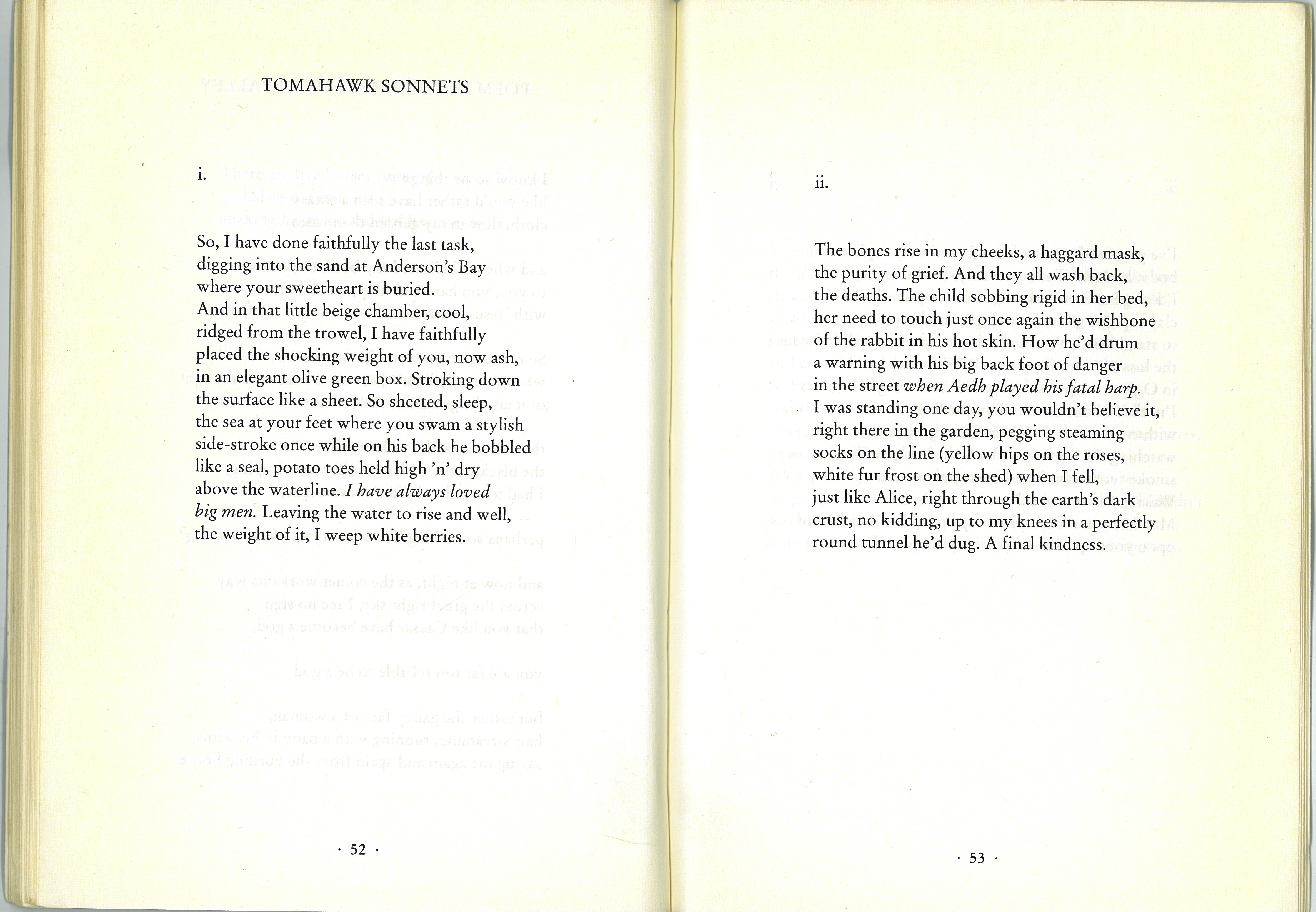