Bill Sewell was born and grew up in Europe. His parents were academics and came to live in New Zealand in 1965. Sewell studied German at the University of Auckland, and completed his PhD thesis on the German poet, Hans Magnus Enzensberger (b. 1929), at Otago. Sewell would later go on to lecture in the German Department in the same institution. His Burns year was spent writing poetry. Many of the poems were published in Solo Flight (1982), and Wheels Within Wheels. It is clear from these poems that the landscapes surrounding Dunedin, and the weather Sewell experienced in the city had a definite influence on his writing. 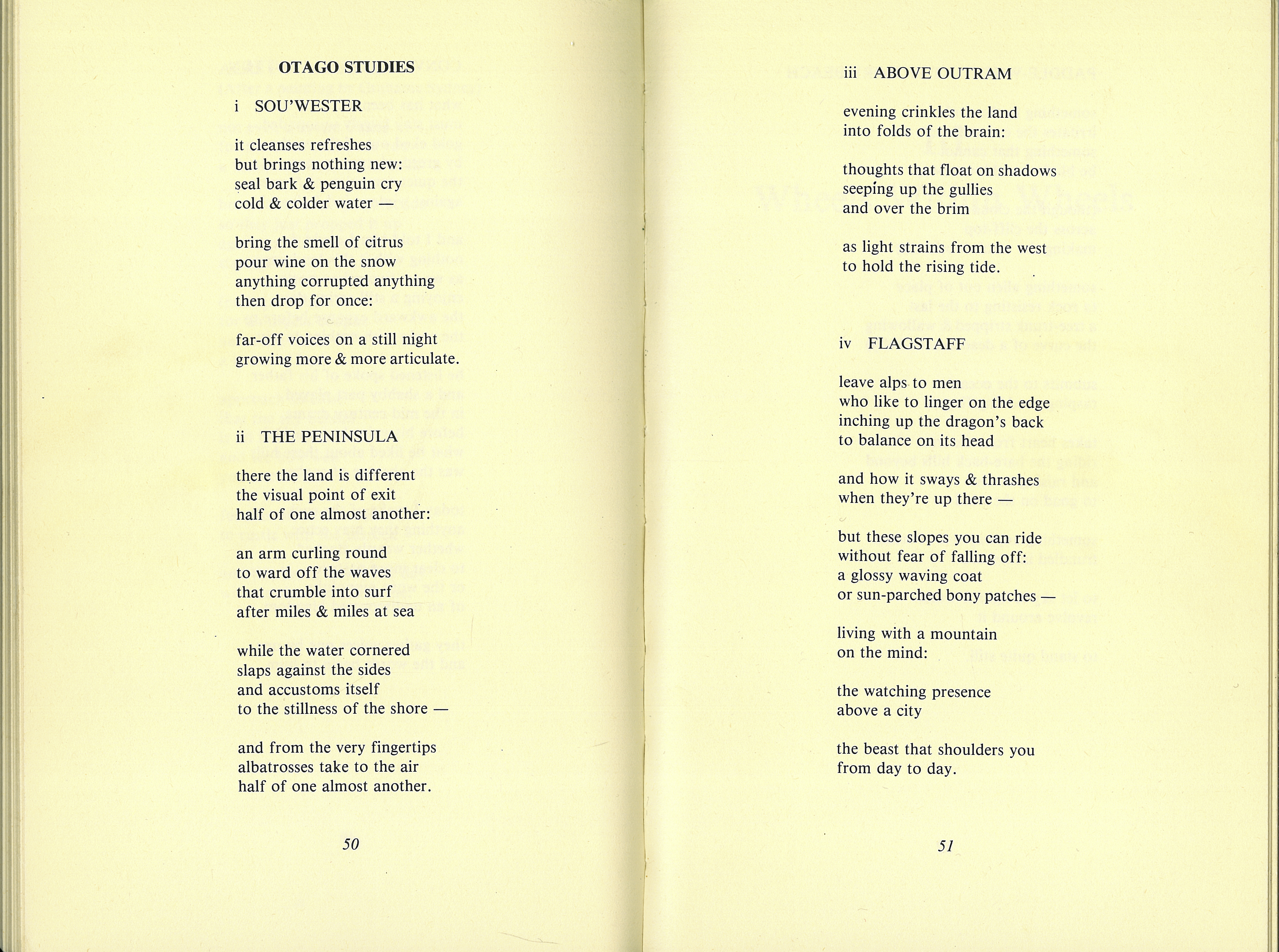